The Order of Salvation – The Application of Redemption (Part 3)

As we begin our study of the order of salvation as it is applied in the life of the believer, I encourage you to fasten your seat belt and hold on to your chair, because we are going to be flying fast here. As we seek to survey the application of salvation, the application of redemption to the life of a believer, how is the salvation planned by the Father, Son, and Spirit, accomplished by the Son in redemptive history then applied to us as believers in our own personal experience?

If you’re going to properly understand the application of redemption, there is a foundational truth that you must be clear on. And if you are wrong on this truth, your whole Theology of the gospel, your whole Theology of conversion, will be wrong. It is absolutely crucial. Your Theology, your gospel message, your usefulness in ministry rises or falls upon your understanding of man’s condition. If you are erroneous on the condition of man, then your whole understanding of the accomplishment and application of salvation will be wrong.

Man’s utter absolute total depravity and moral inability is the backdrop of the application of salvation, and it teaches us that God must initiate the application of salvation. In John 6, Jesus said, “No man can come to the father unless it has been given to him from above”. Paul said in Romans 8, “those that are according to the flesh walk according to the flesh, they do not obey the law of God”, Romans 8, “neither indeed can they.” Paul said in the 1Corinthians 2:14. “The natural man understandeth not the things of the spirit of God neither indeed can he.” An important word in the Bible is “can” and denotes ability and inability. It’s not just that man won’t believe. It’s also that he cannot believe. It is because something is wrong with him. He is spiritually dead, totally depraved, morally unable, legally guilty and in spiritual bondage. So if you have your doctrine of man correct, your understanding of the application of salvation will be accurate.

So when we talk about the order of salvation, you’ll remember that well-known passage in the book of Romans where the apostle Paul reminds us of that the glorious truth that should help us in difficulties, even though we don’t understand sometimes what is happening that “All things work together to good to those who love God and are called according to his purpose.” And then he explains it. Generally speaking, what that purpose is, is a sweeping survey of some of these theological truths from eternity past to eternity future for verse 29, “For those God foreknew he also predestined to be conformed to the image of his Son, so that he might be the firstborn among many brothers and sisters. And those he predestined, he also called; those he called, he also justified; those he justified, he also glorified.” Now, this is not a complete list of the end of the entirety of the order of salvation from eternity past to eternity future, but he mentions two things that happened in eternity past he foreknew and he predestined. Then he mentions two things that happened in our own experience. He called us and he justified us and then he mentioned one thing that will obviously happen in the eternity future. He glorified us. In other words, if we begin here with this basic skeleton, and then we add further aspects from the word of God as to how salvation is applied to the life of a lost man to make him a true believer, here is the basic order:

This is not just logical, this is chronological. This is based not only by rational thought, but by biblical revelation. Remember these terms, they are biblical and it is absolutely crucial that we understand them. Let me simply mention them to you.

These are biblical realities, biblical terms that ought to be understood in their proper relationship in the application of salvation. Now, I trust that most of you are already familiar with these realities, and that you have studied them out and you’re able to preach them clearly so that people can understand how the blessings and benefits of salvation came to them, where it began, how it was accomplished, how it is applied and where it will end. You must be familiar with these biblical realities, and you must be able to explain them and to preach them clearly to the people of God for their blessing.

Let us survey these things. We will mention several verses, we will talk about their relationship, one to another. Our question is, how is the salvation, planned by the Father, accomplished by the Son, applied to us when we are dead in our trespasses and sins, when we are totally depraved in our intellect, our emotion, our will, and our conscience was defiled by sin, and when we are morally unable—not only cannot but will not—to repent and believe, applied to us?

Let us begin by saying something about effectual calling. When the Bible talks about calling, it mentions it in several dimensions. Paul said in 1 Corinthians 7:20, “Let every man remain in that calling in which he was called.” There he talks about your position in life, your status or your vocation. That is, if you were called as a freeman, you are now a slave to Christ. If you’re called a slave, seek your freedom if you can. One aspect of calling has to do with a general vocation, your status or your position in life.

Another aspect of calling has to do with what the Bible calls a general call. That is Jesus said, “Many are called but few are chosen” in Matthew 22. That is there is a general call, and the preaching of the gospel and the voice of the preacher that goes into the ear of man but can be and most of the time is rejected. In other words, Isaiah said,  “All day long, I have stretched out my hands to stubborn and to rebellious people.” Jesus said, “Oh! Jerusalem Jerusalem, how I long to gather you under my wings as a hen gathers a chick, but you were not willing.” He said, “You will not come to me in order that you might have life. Stephen, when he was being stoned in the book of Acts 7, said, “You are stiffnecked and uncircumcised of heart that are always resisting the Holy Spirit. Just as your fathers did.” Again and again, when the Apostle Paul went to preach, he said most did not believe, did not understand, did not come to Christ, a few did.

The preaching of the gospel by the voice of the preacher or the reading of the gospel tract are in the Bible. It is a general call to all men everywhere to repent and believe. Jesus opened his arms and said “Come unto me all that are weary and heavy-laden and I will give you rest.” But in the same context, he said “Woe to Chorazin, Bethsaida, and Capernaum, because if the miracles that were performed in you had been performed in Tyre and Sidon, they would have repented long ago in sackcloth and ashes.” In other words, Jesus came into his own and his own received him not. There is a general call, and the preaching of the gospel that goes out to all men that can be resisted and rejected and not received and not believed upon.

But the majority of the time the word or the concept of calling is mentioned in the New Testament, it speaks of this effectual call. It’s not the voice of man, it’s the voice of God. It doesn’t go into the ear of man, it goes into the heart of man. It cannot be rejected by man. He must respond to it. It’s not just an invitation, generally to all, it is an immutable, eternal, sovereign, all-powerful summons and commands to come and it is given to some. The Bible speaks about an effectual call. Jesus said in John 5: 24, 25, “And an hour is coming and now is when the dead will hear the voice of the Son of God and they will live.” He was talking about those that were spiritually dead. They would hear the voice of the Son of God and that they would live. Jesus said in John 10, “My sheep hear my voice and I know them and they follow me.” Others do not hear the voice and they will not follow. But there is an effectual, sovereign, omnipotent call rooted in the eternal purpose that is a divine summons and command for men to come to Christ which they cannot resist. It is an irresistible call, of course as you well know.

It’s illustrated in John 11, in the raising of Lazarus from the dead. Lazarus is in the tomb, Lazarus is dead, cannot see, cannot hear, cannot come, cannot walk. He’s dead and not only is he dead, but he is also rotten and corrupted. Jesus comes to the tomb, he says roll away the stone and he lifts his voice and he says, “Lazarus, come forth!” A divine summons that is effectual and omnipotent and cannot be resisted and with the command, power was given that raised the dead and Lazarus came forth in response to that call.

In Romans 1:6, Paul says to the Romans, “Among whom you are also called in Christ Jesus.” In Romans 8:29, it says, “Those whom he predestined, he also called.” This effectual calling of God is the first initiating act by God, in his sovereignty toward a dead sinner in trespasses and it is rooted in God’s eternal purpose. The Apostle Paul says, this to the Corinthians in 1:9: “God is faithful through whom you were called into fellowship with his Son, Jesus Christ.” He said in Ephesians 4. “There is one hope, one calling, one faith, one baptism.” There is one calling and that’s the effectual calling that we could mention in many other verses. Brothers, here’s all I’m saying: how is our salvation begun? The application of salvation to the heart of a dead sinner begins with God’s sovereign, effectual, omnipotent, irresistible, command to come, to live, to believe, and to repent.

That is the first point in the order and application of salvation. We will turn our attention to further points in the next article in this series.

This article is the transcript of the talk by Brother Andy H in the meeting held in August 2021 entitled ‘The Order of Salvation – The Application of Redemption.’ 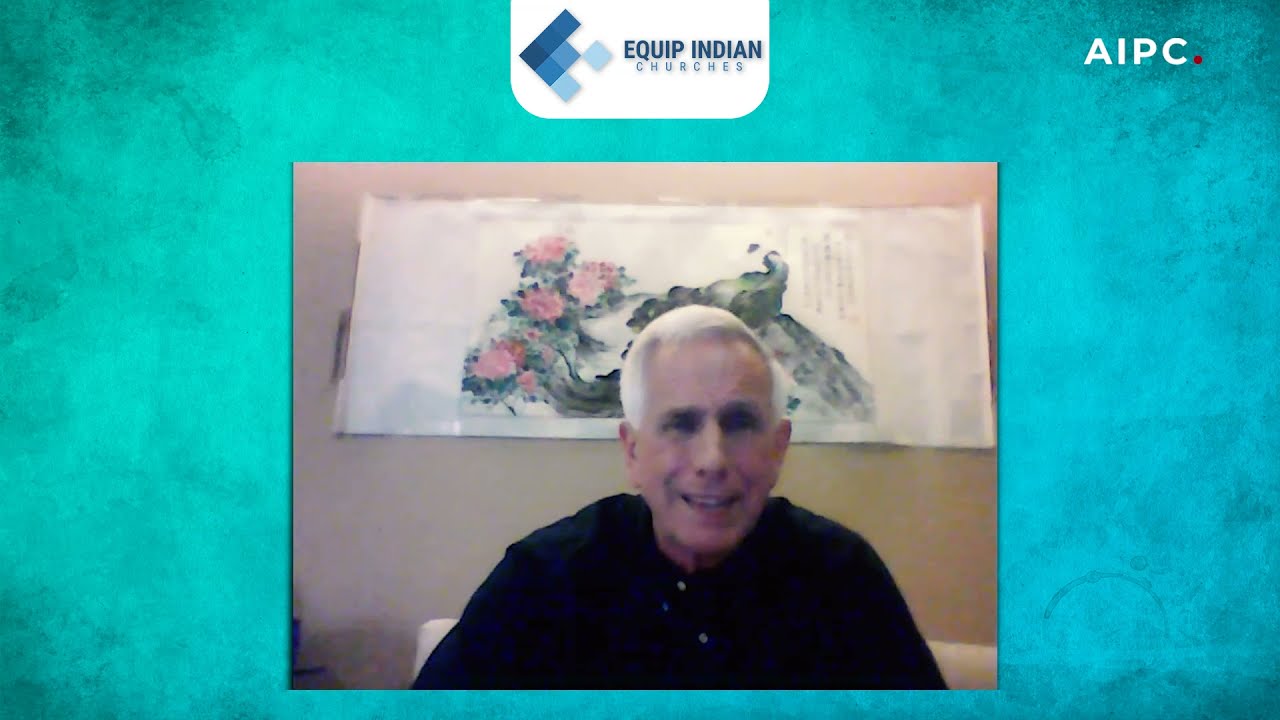 The Order of Salvation – The Application of Redemption Cultivating Romantic Affection In Your Marriage

Your Wife’s Identity And Ultimate Purpose