The Most Important Sermon You’ll Ever Preach

I wonder, have you ever thought to yourself that this coming Sunday you will be preaching the most important sermon you have ever preached? It may seem like a strange question to ponder. After all, what makes this Sunday more special than any other?

Well, hear me out. In 2017 this was very much my thought. I was candidating for a pastoral position at a church in my home country of South Africa. At this point, I had been living in Dubai in the United Arab Emirates since 2008. The UAE was, and is still, a very special place for me and my family. It’s the place where I came to faith, the place where I met my wife (even though we grew up about 20 minutes away from each other in South Africa), where we got married, it’s where our children were born and it was the place that we had called home for almost a decade.

So, what was bringing me to South Africa? The short answer was simple: God. He had changed my heart toward the place of my birth and my wife and I both felt that we were being called back home. I had applied for a position and was on a flight to go and spend a week at this church. Part of the process was that I would be preaching at the Sunday gathering.

I wanted to make the best use of the time and use part of the eight hour flight to work on my sermon. I remember thinking to myself, as I sat in the dark of the plane, illuminated by a single overhead light, just how important this sermon was going to be. After all, this could determine whether or not I was accepted for this position. I remember thinking to myself that this was the most important sermon I had ever preached up to this point in my relatively short time of preaching.

Fast forward to the next week. I was on my way back to Dubai, not needing to work on a sermon so I was enjoying the many channels of entertainment that Emirates had to offer, and rather than being engaged with whatever movie was playing I found myself thinking back to the first sermon I had ever preached.

It hadn’t been for a job application process. It hadn’t been in a large church gathering or a youth service. It had been in a small little house, in a village just outside Bangalore, India, to around 15 people, most of whom were part of the youth mission trip that we were part of. In this little 2 room house, with the aid of candlelight and a translator, I preached on Luke 5:17-26. As I thought of that evening and that small group of believers in a country that isn’t always the warmest toward Christians, I had to stop and ask myself whether that first sermon really was less important than the one I had preached just over 48 hours ago?

In fact, the more I thought about it, the more I began to ask myself, “What is the most important sermon I have ever preached?”

I began to go over all the sermons I had preached, from my days as a youth intern to my first time in the pulpit in the main service, to sermons as a guest preacher. I tried to see if a particular sermon stood out that could claim the title of ‘Most Important Sermon’.

Let me suggest three reasons, which are by no means exhaustive, as to why I believe this to be the case.

God’s Word
In his second letter to Timothy, Paul encourages this young pastor with the glorious truth that “all Scripture is breathed out by God” (3:16). When we get up to preach, we aren’t just delivering a message, we are proclaiming the very words of the Almighty, the Creator of heaven and earth. This Sunday will be the most important sermon you will preach because you have a weighty responsibility to not only honor his word rightly, but to put in the work so that God is the one who gets all the glory. You are not just preaching your own thoughts and ideas, but allowing the text to drive the sermon, then rightly applying it to the people sitting in your church. Which leads me to my second point.

God’s People
Come Sunday you are going to be preaching to God’s people, to the bride of Christ. Looking again at 2 Timothy, after Paul encourages Timothy with the truth of all Scripture being God breathed, he followed up by saying that it is profitable for teaching, for reproof, for correction, for training in righteousness, that the man of God may be complete, equipped for every good work. It is the word of God that shapes His people, that builds, that encourages, that exhorts and admonishes. We need to ask ourselves the question, what is the point of this text and how does it apply to the people God has entrusted us to deliver His message to? God’s word, through His Spirit, will shape and grow His church. There is one more reason why this Sunday’s sermon is so important.

People Separated from God
There are people sitting in your congregation, week in and week out, who do not know Christ, who have not surrendered to His Lordship. I feel that too often the only time we think about that is if there is a planned alter call. In much preaching today the unbeliever isn’t even acknowledged, and yet if we believe that God’s word is alive and that all scripture points us to Christ then that message needs to be in what we preach each and every Sunday, because it is the only message that saves. We need to call people to repent and put their faith in Christ and what he has accomplished on their behalf on the cross. Let us be bold in proclaiming the gospel truth. Not only are we calling people to repentance and holding out the glorious truth of the gospel, but we’re reminding our believing members of the gospel so that they would “hold fast to the word” (1 Cor. 15:2) and remember their “first love” (Rev. 2:4).

So as you prepare to preach this Sunday, even if it’s on an online platform, this will still be the most important sermon you have ever preached because it is God’s word (which does not return to Him void), because you are preaching to God’s people and because those separated from God by sin are listening. It’s your most important sermon, until next Sunday, that is. 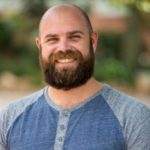 currently serves in staff at Bryanston Bible Church. He has a passion for missions and Church planting as well as training and equipping men for the ministry.