Recently a close relative hosted a believing family who visited Bangalore to treat their five-year-old daughter for a few weeks. The little one had been suffering from bone cancer, enduring an indescribable amount of pain. Doctors advised bone marrow transplant. All the tests for compatibility cleared the father as the donor. The surgeries on both the father and his darling daughter were carried out on the next day satisfactorily. But within a few days, the child got infected, and she did not recover. Watching the little one’s funeral was one of the most heartbreaking experiences in recent times.

During the course of the treatment of their child, they also found out that the mother is at the fourth stage of bone cancer herself. The intensity of their trial is all the more because they are a very young family in the Lord.

I took time to reflect on how we Christians grapple with the reality of suffering, especially those that come to us due to no apparent fault of ours. Why would God allow the curse of suffering to come upon His own children, especially because Christ has paid for the curse of sin? The subject is awfully perplexing and yet what the Scripture has to offer is both assuring and rewarding.

Let me share with you five of the many New Testament truths that I came across about why the suffering of Christians is not a curse, but a blessing!

1.    Suffering is a Test of Our Faith
Almost every paragraph of 1 Peter has something to say about Christian suffering. In addition to the general sufferings of the world, the ridicule and scorn, and being ill-treated, the apostle Peter anticipated the state-sponsored persecution that was imminent on these believers. The set of instructions given to the believers to submit to various non-Chrisitan authorities (2:13-3:6) underscores this situation.

He begins the letter by warning the church not to be surprised by various sufferings (1:6-7). Strong encouragement is given to us to be prepared in the light of the coming “fiery trials.” Peter gives the first theological reason for our sufferings. “The tested genuineness of your faith—more precious than gold that perishes though it is tested by fire” (1 Pet 1:7a). It is a test of our faith, a faith that endures in spite of the trials, faith that will  “result in praise and glory and honour” (v.7b).

2.    Suffering Signifies Our Union with Christ
Peter reminds his readers not to be surprised at the fiery trials (4:12ff.). Instead, he says we are to rejoice in them. The second reason why we suffer as Christians and can rejoice in our suffering is that it signifies our union with Christ: “to the degree that you share (fellowship, koinonia) the sufferings of Christ” (v.13a NASB). “Their sufferings are not a sign of God’s absence but his purifying presence.”1 This too will result in our joy and exultation at the coming of Christ … so that also at the revelation of His glory you may rejoice with exultation (v.13b).

3.    Suffering is Designed to Produce Hope
In Apostle Paul’s magnificent letter to the Romans, he writes about the benefits of our justification. Peace with God is the first benefit (5:1). This means we can have free access to God by faith without the fear of condemnation (contra 1:18). Almost in the same breath, he tells us the second benefit: we can rejoice in our suffering (v.2). Paul then goes on to give a triad of reasons why we can rejoice in suffering: “suffering produces endurance, and endurance produces character, and character produces hope, and hope does not put us to shame” (5:3-5).

4.    Suffering Fosters Implicit Trust in God
James 1:2-8 shares a similar theme as Romans 5 in relation to Christian suffering. Here James emphasises the implicit trust in God during trials, through prayer, without doubting. We may not fully understand why we are suffering. But we are encouraged, and are able to implicitly trust in God’s goodness and good purposes to be accomplished in our lives. This flies in the face of our felt need for some sort of an explanation or even worse, some kind of recompense for our suffering.

According to Joshua Project, the violent natured Huaorani people of Ecuador who killed the five missionaries are now at 40% Christians, with 15% claiming to be Evangelicals.2 In the book, Through Gates of Splendour, Elizabeth Elliot, wife of one of the five, describes her experience of reaching these very people along with Rachel Saint, sister of another missionary who was killed. Much work was accomplished, much more work still remaining.

In her closing words, she rightly warns and decries our human tendency to oversimplify or to weigh in on how it all worked out, instead of trusting God for who He is. She calls for a healthier faith that “seeks a reference point outside of all human experience, the Polestar which marks the course of all human events not forgetting that impenetrable mystery of the interplay of God’s will and man’s.”3

5.    Suffering Accomplishes the Great Commission
In a similar expression, Apostle Paul told the Colossian believers that “I am filling up what is lacking in Christ’s afflictions for the sake of his body, that is, the church” (Col. 1:24). Upon his calling as the apostle to the Gentiles (Acts 9:15; Rom. 11:13; Gal. 2:7-9 etc.), the means to accomplish that mission was also revealed for him: “For I will show him how much he must suffer for the sake of my name” (Acts 9:16).

During and increasingly towards the close of his ministry, we see him reflecting on this in many portions of his letters. In describing the nature of the new covenant ministry, Paul underscores that the sufferings of Christians are a means “to show that the surpassing power” that achieves gospel results (2 Cor. 4:5-6) which “belong God and not to us” (v.8). This motivates the New Testament ministers of the Gospel: “Therefore we do not lose heart” (4:1, 16).

Why did God allow this to one of His most faithful servants? He says that his imprisonment has “really served to advance the gospel” (Phil. 1:12; see v.13 also). He further adds a surprising note in the closing salutation by way of greetings: “All the saints greet you, especially those of Caesar’s household” (4:21).

Look at the Cross!
In truth, the suffering of God’s children is not a curse. It is a blessing. It is rewarding, and it is worth it. The value of suffering is incomparable to that of those who do not believe the gospel, if there is any value to them at all.

There was never a greater crisis of faith for the disciples as when their Lord was crucified on the cross; but God has never been more at work in that very moment of weakness and suffering of his very Son! There is no greater motivation than “looking to Jesus, the founder and perfecter of our faith, who for the joy that was set before him endured the cross, despising the shame, and is seated at the right hand of the throne of God” (Heb. 12:2). 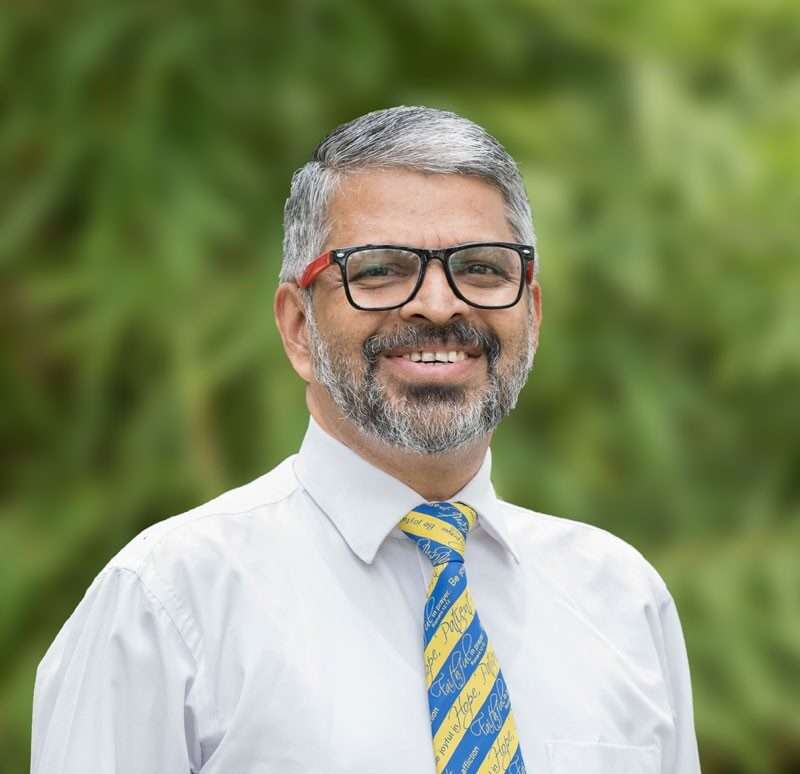 serves as a co-pastor at Bethel Baptist Church, Bangalore. He is married to Jessy Thomas and they have three children.

I believe: The Apostles’ Creed

I AM The Resurrection And The Life

The Holy Spirit as a Christmas Gift