In the third post from Brother Steven J. Cole’s responses to questions about expository preaching, we look at a few more questions which cover some practical aspects of sermon preparation relating to sermon length, manuscripts, citations, and how to preach certain books.

How long should a sermon be?
This depends on the cultural situation and how much sound doctrine your congregation can endure (2 Tim. 4:3). The Puritans used to go for at least an hour and sometimes two hours, but that would kill most modern congregations. John MacArthur often preaches for an hour, but sometimes I find his messages are too tedious and long. I think he could improve by editing his sermons and being more disciplined with his content. Early in my ministry, I sometimes went for an hour, but I aim for 40-45 minutes, not counting reading the Scripture and praying before I begin.

Do you recommend pastors use a manuscript when preaching?
I always use a manuscript (unless I’m preaching a wedding or funeral message that I’ve given before), because preaching is very stressful and difficult for me. I could not begin to memorize every sermon or remember some of the specific points that I want to make without my manuscript. But I don’t read it from the pulpit. I’ve gone over it so many times in advance and underlined and highlighted key points that I don’t need to read it. I can glance down at it and know where I’m at and what I want to say in that paragraph or section. I print it on one side of half-sheets so that I’m not turning over large sheets of paper during the sermon. I keep two pages side by side and slide over the one I’m done with. I’ve been glad when people have asked me if I’m using notes. If you can preach well without any notes or with a bare bones outline, good for you! But I am not so gifted.

Also, I printed out the manuscript in advance for the congregation to pick up on their way in. Many followed me from the manuscript as I spoke. If I goofed up and missed a point, they could tell! Oops! When I did that and realized what I had done, I’d acknowledge my mistake and go back to what I’d missed. They also had an outline that only had the main idea and various points (which were put on the screen), along with some application questions at the end.

What are your thoughts on using others’ observations without citation?
Using others’ observations without citation is plagiarism (or stealing). It also conveys to the church that I’m really brilliant when I’m not. I would always try to cite my source in the printed notes. Sometimes when preaching I won’t mention the source by name, but just say, “As one commentator observes, …” But then I’d give his name and the publisher in the notes. If it is a liberal or someone I have major disagreements with (Karl Barth, William Barclay, etc.), I’d usually put in a disclaimer, but explain that on this point, he is right on. I don’t want people who hear me to rush out and buy the man’s book if he is generally not sound in doctrine. On rare occasions, I realized that Spurgeon or someone else had a brilliant outline that explained the text better than I could. So I’d say, “I’m following Spurgeon’s outline here, although the content under each point is mine.”

Once I read a great sermon by G. Campbell Morgan on Zechariah 8:5, “And the streets of the city will be filled with boys and girls playing in its streets.” He titled it, “The Children’s Playground in the City of God.” I didn’t use his outline or main points and I also covered 8:4, “Old men and old women will again sit in the streets of Jerusalem, each man with his staff in his hand because of age.” But I gave Morgan credit at the beginning of the sermon for sparking my thoughts about this text, which I otherwise would have overlooked.

So, yes, give credit if you’re using another man’s material. It is a matter of personal integrity and honesty. In ministry, trust is everything. If people catch you stealing someone else’s material, their trust in you is gone.

How to preach through the books of the Bible?
First, read the book over and over. This is more difficult with long books, but try to put together a rough outline of the book. If you have a good study Bible (ESV, MacArthur, etc.) or Bible handbook it can help you see the flow of thought and outline. Read the background info (date, authorship, situation the author is addressing, interpretive issues, etc.) in the study Bible or in a Bible handbook or commentary. In a longer book, you probably shouldn’t get bogged down in multiple chapters that emphasize judgment on the nations. Going into verse by verse detail on some sections of Scripture could also be difficult (the details of the law in Exodus, Leviticus, etc.).

I’ve tried to map out a schedule for where I plan to go in teaching through books, but once I’m into it, I often discover that a paragraph or chapter deserves more than one message (which I’d planned). Mark Dever outlines his series months in advance and somehow sticks to his schedule, but I can’t do that. In the introductory message, I try to give an overview of the entire book (why it was written, to whom, their situation, problems, etc.) and then go in detail with the introduction. Sometimes if it’s been a long series, I’ll do a summary and review message at the end.

Some pastors interrupt expository series for special Sundays on the church calendar or (in America) for Mother’s Day, Father’s Day, etc. Unless the text I’m preaching fits with those days, I don’t interrupt series for them. The only exceptions are Easter, Christmas, and maybe New Year’s Sundays, which are a good time to challenge people regarding their priorities and goals.

How would you preach the Song of Solomon or books Like Ecclesiastes?
The answer is I never preached through Song of Solomon, and I never did Ecclesiastes either and there are other books that I never did. I never did Leviticus, I just finished reading Leviticus in my quiet time. I honestly don’t know how I would preach Leviticus. You can do it, I know brothers have preached Songs of Solomon. One of the difficulties there is interpreting it, and as you know, the Puritans and Spurgeon and others interpreted it as an allegory of the love of Christ for his Church. I was never totally convinced of that. I think that may be a secondary application of it because we are to love our wives as Christ loved the church. But clearly, it is a poem of love between a man and his fiancee and then wife. And it’s very sexual as you know, very graphic. I read James Hamilton, who’s a professor at Southern seminary, who has a book on it. And he argues for kind of a literal but allegorical interpretation of it where you do both. My wife would have been mortified if I had preached on it with her sitting in the pew. Where it’s pretty graphic talking about her breasts and other fine features of her anatomy. So, I never preached that. I did preach a few texts on sex and marriage, but I tried to be discreet and tasteful realizing I have got young children sitting there as well as you know adults. And in our family Bible reading, when my kids were growing up I did read through the book of Proverbs and that includes Proverbs 5, where he tells you to enjoy your wife’s breasts and to avoid the adulterous women. And Proverbs 7, which has a graphic description of a young man getting seduced by a loose woman. So, I read through Proverbs to our kids and would try and explain certain things. If they didn’t raise the question, I would not bring it up. Interpretation is the difficulty with the book of Ecclesiastes again. A good commentator on it is Derek Kidner, I like Kidner’s Old Testament commentaries. There’s another more recent one on Ecclesiastes and had I been in the ministry longer I might have preached through it. I think Chuck Swindoll has an exposition of Ecclesiastes. It’s not quite as difficult in my book as Song of Solomon would be. You might preach Song of Solomon at a marriage retreat, where it’s just husbands and wives. Preaching it on a Sunday morning, when you got little kids there, that would be pretty tricky to do. And then applying it would be difficult. So, that’s a book I avoided, to be honest, the Bible is big enough that in 42 years I had plenty of other books to cover. Maybe you’re more gifted and insightful than I am in dealing with it.

This article is based on the Q&A session with Brother Steve J. Cole in a meeting held in July 2021 entitled ‘Expository Preaching.’ 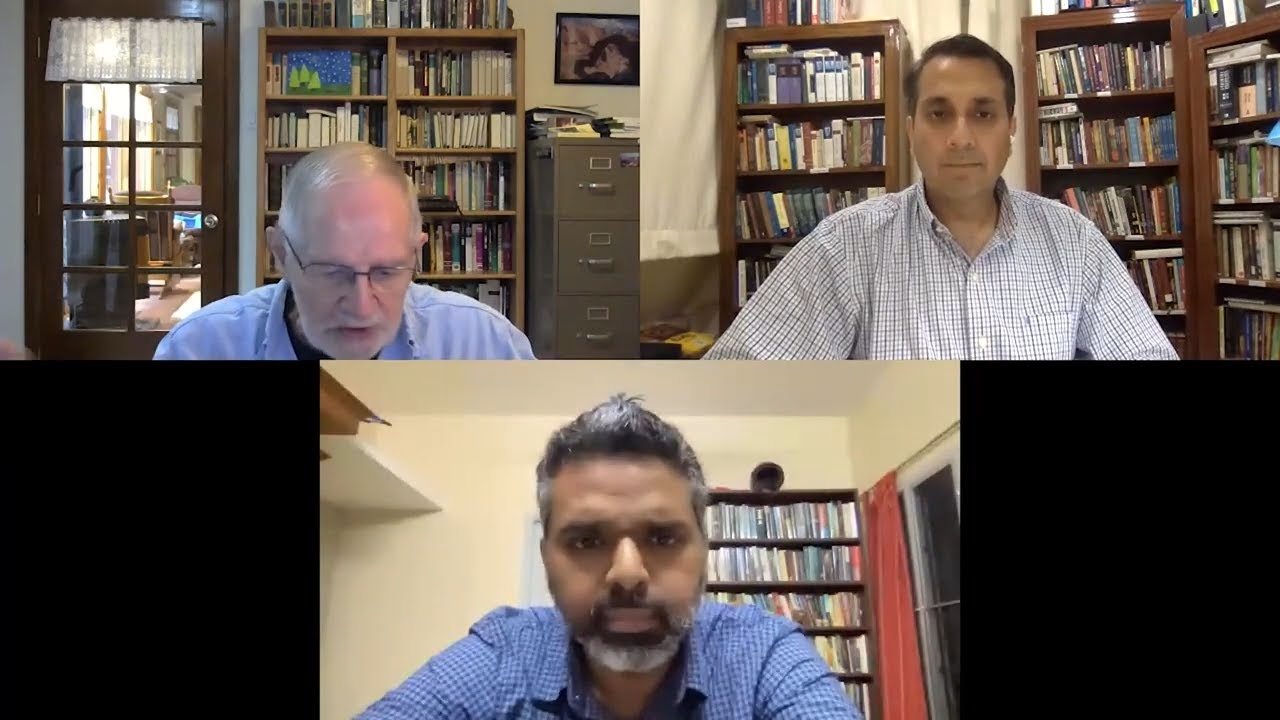 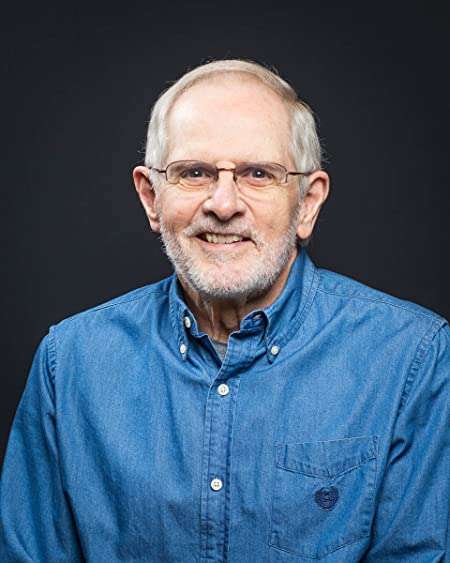 served as a pastor for more than forty years until his retirement in 2018. He is a firm advocate of verse-by-verse expository preaching.

What Is Expository Preaching And Its Necessity?