His Incarnation And Our Daily Lives – Philippians 2: 1-9

During last week’s Christmas celebrations, Christians all over the world pondered over the birth of Jesus Christ and celebrated His coming into the world. And now it seems as though it’s time to take down the Christmas decorations and move on to another celebration of the New Year. Sermons were preached in many churches describing the nativity Scriptures found in the Gospels and the prophecies pertaining to His coming in the books of Isaiah and Micah. But it would be very hard to “move on” from celebrating the incarnation of Jesus, if we were to deeply consider Philippians 2:1-9. Though details of His birth are not mentioned in this passage, there is a definite reference to His birth when Paul writes, “being born in the likeness of men” (v. 7).

Paul at the beginning of verse 7 of Philippians 2 writes that Jesus “emptied himself, by taking the form of a servant, being born in the likeness of men”. What does the phrase ‘emptied himself mean’? When the word ‘empty’ is used, it gives the meaning of removing the contents from a container. In the New Testament, the verb ‘to empty’ in every other instance means ‘to deprive something of its proper place and use’1. As we begin to understand this phrase, we need to recognize that this change came by voluntary decision. Jesus ‘emptied himself’ and He also ‘humbled himself’. It was a personal decision and action. “In the first case the order of words (himself he emptied) makes this even clearer, ‘for the emphatic position of “himself” points to the humiliation of our Lord as voluntary, self -imposed’2. Isaiah writes “he poured out his soul to death” (Isa. 53: 12).

The question is what did Jesus empty Himself of or what change took place?  Much has been written by Bible scholars to understand and explain what Paul meant by writing ‘emptied himself’. In the famous hymn of Charles Wesley, “And Can It be”, we sing “emptied himself of all but love”. The NIV Bible translates this phrase as “made himself as nothing”.

To understand the meaning of emptying, we need to first understand vs. 6, where Paul writes about Jesus, “who, though he was in the form of God, did not count equality with God a thing to be grasped”. Who was Jesus before His incarnation? Was He like God? Paul writes, No! He was God himself, equal to God the Father, nothing less. Paul writes about Jesus in Colossians, “For in him the whole fullness of deity dwells bodily” (Col. 2:9). The writer of Hebrews writes, “He is the radiance of the glory of God and the exact imprint of his nature, and he upholds the universe by the word of his power” (Heb. 1:3). John in his gospel writes, “and the Word became flesh and dwelt among us, and we have seen his glory, glory as of the only Son from the Father, full of grace and truth” (Jn. 1:14). So, Jesus in His earthly life was truly God. Paul does not use the simple verb ‘to be’, but a stronger verb which in its characteristic usage has the force ‘to be really and truly”, ‘to be characteristically’ even ‘to be by nature’. He was really and truly, in His own personal and essential nature, God.3

We might speculate, if He “became man,” he must have ceased, in some sense, to be God. We read in John 17:5, that Jesus prayed in His high priestly prayer, “And now, Father, glorify me in your own presence with the glory that I had with you before the world existed.” So, what this prayer says is that there were aspects of His glory which He had laid aside in His incarnation. That’s why He’s praying, “Father, restore to me the glory I had with you before the foundation of the world.” It would include at least the privileges of deity that stand between the divine Christ and His death on the cross. “He moved from such height to such shameful degradation on our behalf. Maybe the best way to say it is that whatever stood between the fullness of the divine glory before the incarnation and the suffering and shame and degradation and death on the cross — whatever stood between there, that had to be laid aside so he could do it.”4 “I think the context makes it very clear that what He emptied himself of was not His deity, not His divine attributes, but his prerogatives—His glory and His privileges. He willingly cloaked his glory under the veil of this human nature that He took upon himself. It’s not that the divine nature stops being divine in order to become human”5. “The kenosis was a voluntary deprivation of the exercise of Lordship”.6

And our next question should be, “What did He empty Himself into?” Though the Greek word kenoo is not used in this way in the New Testament, it captures perfectly the movement of Paul’s thought: Christ Jesus brought the whole of his divine nature, undiminished, into a new and unimaginable state7. Don Carson says, “The expression is not what he emptied himself of; it’s an idiomatic way of saying he became a nobody, he humbled himself completely, not only to become a human being, but to go all the way to the ignominy and shame and torture of the cross…. It’s talking about the astonishing, unequal, unimaginable, indescribable, self-humiliation in becoming human and then going so far not only to be a slave, but a slave who dies on the cross”8 Jesus moved from such height to such shameful degradation on our behalf. Being God, He chose self-emptying and self-humbling, deliberately setting himself on the path of self-denial. He did all this for the sake of us sinners in order that we may have eternal life and be freed from the eternal punishment in hell.

This then is the ‘Mind of Christ’ we need to have as we serve others. In verse 5, Paul writes, “Have this mind among yourselves, which is yours in Christ Jesus”, and then explains the mind of Christ through His emptying and humbling. The Philippian church is not a perfect church. It had problems. There was rivalry (1:15), personal conflicts (4: 2) and disunity (2: 2). So, to address these issues, he encourages the church to have the mind of Christ, which he describes by the example of Jesus in His emptying and humbling. The word mind could be better translated as ‘attitude’ or ‘mindset’. How does this attitude look in practice? He describes this in verses 2 to 4.9

1. Having the same attitude (v. 2). It means that the members of the church should have the same framework of thinking and love based on the gospel. A humble demeanour shown in an outward behaviour towards others at the cost to oneself. The church should be totally unified with this same attitude.

2. There is no rivalry and envy (v. 3a). Paul in Philippians 1:15-17 writes about some preachers of the gospel who were preaching Christ from envy and rivalry. They were preaching from selfish ambition and not sincerely in order to hurt Paul in his imprisonment. Paul therefore writes, “do nothing from selfish ambition or conceit”. It means not seeking after one’s glory or seeking the praise of others. Such challenges do exist in the church of our day.

3. Count others more significant than yourselves (v. 3b). It is not in terms of whether a person is better skilled or knowledgeable. Nor is it in terms of morality. It means that others are worthy of our service in the same way Jesus served us, as unworthy as we are. This can happen as Paul writes “in humility”. The cross breaks us and frees us of all pride and the thinking which says ‘I deserve it, I am entitled to it’. We die with Christ, humbled by the gospel and empowered to serve.

As a result of Jesus’ emptying and humbling Himself, He was exalted (v. 9).  The ‘therefore’ refers to His humility, perfect obedience, suffering and death. Jesus was given the supreme authority as He fulfilled His mission perfectly and completely. We will also be exalted when we follow this path of humility. The following Scriptures talk about it: Luke 18:14, James 4:10, and 1 Peter 5:5-7. This will involve costly sacrifices and services for others10.

As we consider what Paul has written, our days after Christmas are not limited to the celebration of the birth of Jesus Christ and moving on with our lives. We celebrate because the saviour is born, “for he will save his people from their sins” (Matthew 1: 21). But the Christmas story goes beyond the birth of Jesus Christ. Paul brings to our attention what the incarnation meant for Jesus Christ in this passage. He not only emptied and humbled himself, but also left an example for us to follow. The reality of Christmas is not a one-day celebration, but a daily reminder of the attitude we must have as we live out the gospel in the new year. 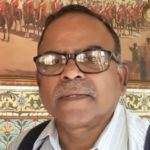 Our Glorious Hope Even In The Midst of COVID-19