Do I Have To Listen To The Bible?

The Bible is a unique book. The Bible claims numerous times in its pages that it is the word of God. Several people in history died translating it and defending its authority. The Bible was generally revered in western cultures until recently. Even in India, there was great respect for it in the larger culture, with some newspapers even quoting it in their editorials!

Today, however, things are quite different. We live in a postmodern society where there is an inherent suspicion about authority. Every man is a law unto himself and is his own authority. People chafe at the statement that the Bible is authoritative. In such an intellectual environment, Christians need to have a clear understanding about the nature of the Bible’s authority. We need to be ready to give an answer to anyone who asks us why we believe the Bible to be authoritative (1 Peter 3:15).

Why is the Bible the word of God? It is the word of God because its ultimate author is God Himself. In 2 Timothy 3:16-17, Paul says, “All Scripture is breathed out by God and profitable for teaching, for reproof, for correction, and for training in righteousness, that the man of God may be complete, equipped for every good work.” The Apostle Paul teaches that even though the Bible (Old and New Testaments) was written by men, it is ultimately inspired by God Himself. Without violating the individuality of the authors of the Bible, God ensured that they wrote what He wanted them to write. Since there is no authority greater than that of God’s, the Bible is authoritative because God is its ultimate author.

The Bible’s Authority Is Not Dependent On Any Church
One error that Christians need to guard themselves from is that the Bible’s authority is dependent on the church. The Roman Catholic church in her 1563 Council of Trent, arbitrarily added several books to the Bible. These additional books were known as the “Apocrypha” and were never treated on par with the Bible in the history of the church. But the Roman Catholic Church added the Apocrypha to the list of biblical books because these additional books contained passages favourable to the doctrine of the Roman Church. By adding the Apocrypha to the Bible, the Roman Catholic Church in effect said that she determines what the Bible is.

But the ancient church and the Protestant churches did not hold this view. The church never determines what the Bible is. Rather, the church recognizes the Bible for what it is. When a gold miner discovers gold, his discovery does not make the gold gold. Gold always remains gold whether or not it is discovered. Hence, the books of the Bible did not become authoritative because of the church’s decision to include them in the Bible. The books of the Bible were always authoritative, and the church simply recognized their authority.

The Bible has several unique features which commend it to be the word of God. The Bible is the bestselling book in all of history and has never gone out of print. The Bible is also the most carefully read book in all of history – both in the west and the east. The Bible, even though written over a span of 1500 years, has amazing unity. The Bible’s subject matter is heavenly. The Bible deals with the glory of God, the original righteousness of man, his fall from that righteousness, his resultant wretchedness, his only way of salvation through Christ, and the new heavens and the new earth. The language of the Bible is both majestic and practical. No book combines all these features. Also, the Bible has influenced human civilization and the lives of countless people in a way that no other book has done.

Yet, a true Christian does not become convinced that the Bible is the word of God because of these reasons. Rather, he becomes convinced because of the work of God in his heart. The Holy Spirit of God (the Third Person of the Trinity) opens his heart to believe the truths of the Bible. The Holy Spirit enables the Christian to see the Bible for what it is. Just as a microorganism is clearly seen through the powerful lens of a microscope, the Bible is clearly seen for what it is through the powerful lens of faith, which the Holy Spirit gives.

Once a Christian is enlightened by the Spirit of God, he then naturally submits to the authority of the Bible because he is convinced that it is the word of God. And the other features which commend the Bible to be the word of God become sweet to his soul, although he does not depend on them for his conviction.

The Bible is authoritative. Its authority is underived. May we bear witness to this truth by boldly proclaiming the Bible from our pulpits. And may we wait on God to give this conviction to others. 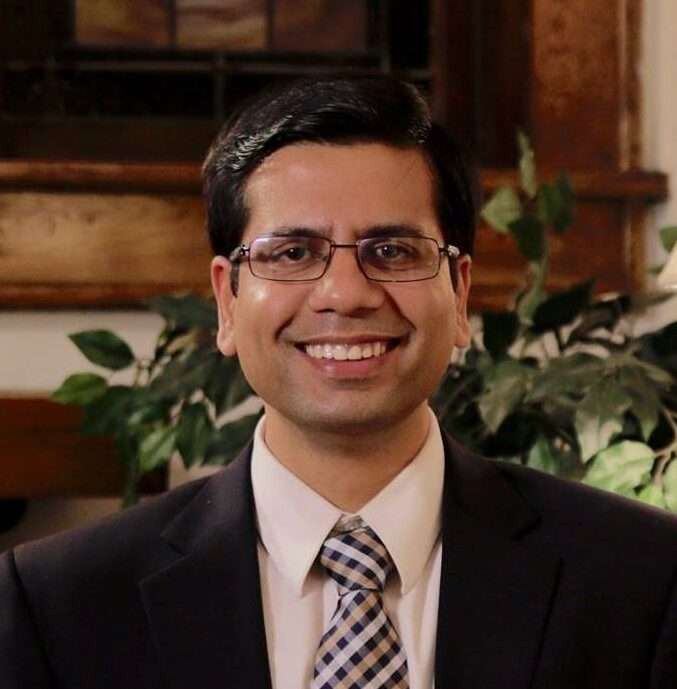 serves as the pastor of Anugraha Reformed Presbyterian Church in Bengaluru, Karnataka. He is married to Sarmishta and they have a son.

How Can We Deal With And Overcome The Heartbreak And Disappointment Of Suffering In Ministry?

How the Psalms Help Us to Pray

Worship The Whole Christ During This Season