Is A Celebrity Pastor A Problem?

Early in the year 2021, a fair portion of the evangelical community was rocked by the scandal concerning the private life of one of its apologists – Ravi Zacharias. In India, the news was a different kind of battle as Ravi was one of those few Indians who had made it on the big stage of global Christianity. For Indian Christians, this was a blow both from a faith point of view and from an ethnic point of view.

The responses from within the evangelical community have not been uniform. They range from hate-filled rhetoric against Ravi to hate-filled rhetoric against those who testified about this and every conspiracy theory in the middle. These circumstances coupled with the comfort and reach of social media have also proved to be fertile ground for many aspiring authors to offer advice for what a church can learn and how churches can grow. I have read numerous articles written in the aftermath of these events. Some have been extremely useful and force the reader to great levels of introspection. But I also must say that some of these seem to be knee jerk reactions offering short term fixes and often, unproductive and even unbiblical solutions.

One of the terms being thrown around a lot lately is “celebrity pastor” or “celebrity leader”. Ravi Zacharias was a Christian celebrity of sorts and was widely known for his apologetics. Not too long before the story of his private life made the headlines, the evangelical community was talking about the same celebrity issue when there were stories of the infidelity of Pastor Carl Lentz (ex-Pastor of Hillsong Church, NYC). It seems every time a known Christian leader falls the church starts rambling about celebrity pastor problems. There are many articles that suggest that the solution is to not have celebrity pastors and large churches. Some argue that we ought to cap the number of people that are in a congregation. They say that when that number has crossed a church must plant further churches. Their choice of words and tone used can force a reader to think this is a modern-day issue brought about by the emergence of these “unbiblical mega-churches.” But the truth is that this “celebrity pastor culture” has always been prevalent.

When a man of God, anointed by God preaches from the Word of God faithfully, then God will draw people to listen to Him. The Lord Jesus wants His gospel to ring out in every corner of the earth. He loves His sheep. He will draw them to places where they will be fed and fed in accordance with His will and heart. I do not mean to say every large gathering claiming to be a church is necessarily a place where a preacher is anointed by God and is preaching the truth. The Bible warns us that people will gather together and appoint for themselves preachers who will preach what their itching ears desire to hear (2 Timothy 4:3). We always need to be careful about the content of what is being preached. But to discredit every large church and to attack any pastor with a large congregation on that basis is to throw the baby out with the bathwater. We need only go back a few years to bask in the wonderful sermons of the likes of Charles Spurgeon, Jonathan Edwards, D.L Moody, Leonard Ravenhill and others like them. These were quintessential celebrity preachers of their time and the church was blessed by their ministry.

In fact, if we go back even further, we find Paul addressing this issue in the first-century church as well. He writes to the Corinthian church (2 Cor. 1:12) and mentions that some of them were boasting that they followed Peter, others that they followed Apollos and others that they followed Paul. And then there was the group that said they only follow Christ. Doesn’t this sound much like our so-called modern-day celebrity pastor issue? Doesn’t it sound exactly like the language we see in the evangelical community today?  I love that Paul throws the “I follow only Christ” group in with the rest. His point is that all their so-called following was not bringing them to any unity and was definitely not allowing for love in the community. They were busy being proud and they were being deeply sinful in their pride. He rebukes them harshly for this by the time he reaches chapter 13 of the letter by describing to them what love really ought to look like and by extension what the community really ought to be like. He reminds them in chapter 3 that it is God who brings any growth in the body, all the rest are mere servants. But not once does he attack Peter or Apollos for having a “fan base”. He doesn’t question their ministry nor does he question his own. He educates the people to lift their eyes to Jesus.

That brings me to the question of whether this whole celebrity pastor issue is really the problem or is this only a surface issue that we are reacting to? I submit that it’s the latter. The real issue is a deeper one. The real problem is a corroding of that passionate love for accountability and transparency so that we, after all our preaching to others might not disqualify ourselves (1 Cor. 9:27). This corrosion has taken place because we have moved away from an intentional, biblical discipling culture within the church. We have moved away from a genuine love for creating those safe places and fellowships within which we can be vulnerable and receive direction, correction and even rebuke from others.

One lesson the church can learn from the season we are in is the desperate need for authentic biblical fellowship. We cannot sigh and sing the mantra “being a leader means to be alone.” It doesn’t have to be. We need leaders who grow out of environments that are rich in biblical vulnerability, transparency, accountability, and in the passionate teaching and modelling of the biblical way of discipleship. These kinds of leaders are far more likely to strive to recreate structures with these biblical values wherever they go. We need a culture that allows you to speak into my life and vice versa. We need a culture where you can call out sin in my life and vice versa. We need a culture where Paul can confront Peter for his hypocrisy (Gal. 2:11-14) irrespective of Peter’s place of authority within the Church. Sadly today churches and their members are oftentimes too busy playing the worldly game of being politically correct and trying desperately not to offend anyone. In doing so we have not only been guilty of diluting the truth of Scripture on many occasions, but we have also robbed the Scripture of its authority for teaching, reproof, correction, and training in righteousness, that the man of God may be complete, equipped for every good work (2 Tim. 3:16-17). We cannot lose sight of that call of Christ to discipleship. He doesn’t call us to mere friendship with one another. Instead, he calls us to something far more difficult but far more rewarding. We are to bear one another’s burdens, and we are also to correct one another and be part of the sanctification process in each other’s lives. No pastor or Christian leader is beyond the need for his own personal sanctification. That is true. Therefore, logically he is never beyond the need for correction nor is he beyond the need for accountability in his life. We often lose sight of this truth or we find it a truth hard to practice because we have created communities with weak, convenient, and wishy-washy accountability for leaders as well as members.

There are many busy writing articles about the problem of celebrity pastors. They write as if a big stage or a large congregation is fertile ground for sin. But I suspect that just as celebrity brings with it a set of temptations to sin, obscurity brings with it a whole range of fascinating opportunities to sin as well. And it does so because of the simple reason—no one really notices me anyway. It is folly to simplify the problem as one about celebrity pastors and large congregations. After all, whether you are a pastor of a large church or a small bible study group leader, if you despise vulnerability, accountability and transparency, you are already on the outskirts of the playground of the devil. It is prudent to strive for structures, fellowships and communities that are saturated with vulnerability, accountability and transparency at every level. May God bless our world with these kinds of communities that produce leaders with these kinds of values who will in turn create more of these kinds of communities. 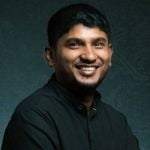 was serving as a lead pastor of DBF-Central till July 2020. He is seeking the Lord for future ministry. He is married to Emily and they have three children.