You may be familiar with the account of Polycarp’s martyrdom, which has infused great courage and fortitude in Christians for generations. Bishop Polycarp, a disciple of the Apostle John (according to Irenaeus, Tertullian and Jerome), lived from AD 69 to 155. The account of his death at the hands of the Romans is recorded for us by the church at Smyrna1 where Polycarp had served as Pastor.

The Roman Emperor Antoninus Pius, who was emperor when Polycarp was killed, carried on the policies of Emperor Trajan who made it clear that “those who denied being Christians and proved it by worshipping ‘our gods’ should be pardoned.”2 Leonard goes on to describe one of the accusations of the crowds at the blood games3 in Smyrna. They said of Polycarp, “This is the teacher of Asia, the father of the Christians, the destroyer of our gods, who teaches many neither to offer sacrifice nor to worship” (Death in the Roman games, Pg. 9).

Polycarp, who was 86 years old, was led into the stadium with the crowds shouting for his blood. The proconsul, Statius Quadratus urged Polycarp saying, “Swear, and I will set thee at liberty, reproach Christ.” Polycarp declared, “Eighty and six years have I served Him, and He never did me any injury: How then can I blaspheme my King and my Saviour?” (The Martyrdom of Polycarp, Pg. 19). When the proconsul threatened to burn him at the stake, he replied, “You threaten me with fire which burns for an hour, and after a little is extinguished, but are ignorant of the fire of the coming judgement and of eternal punishment, reserved for the ungodly. But why wait now? Bring forth what you will” (Polycarp, Pg. 20).

Those who observed this ‘trial’ noted with astonishment the demeanour of Polycarp. The account says the following, “While he spoke these and many other things, he was filled with confidence and joy, and his countenance was full of grace, so that not merely did it not fall as if troubled by the things said to him, but, on the contrary, the proconsul was astonished, and sent his herald to proclaim in the midst of the stadium thrice, ‘Polycarp has confessed that he is a Christian’” (Polycarp, Pg. 21).

Gracious and godly, Polycarp stands tall among Christians as one who remained steadfast in the cause of Christ. If one was to ask him, he would likely say that he was simply following the example of Christ and that of the Apostles and the church in Acts.

In Acts 4 we read of Peter and John who were warned by the religious authorities to stop proclaiming the name of Christ. They responded by saying, “Whether it is right in the sight of God to listen to you rather than to God, you must judge, for we cannot but speak of what we have seen and heard” (Acts 4:19–20).4 After being released, they returned to the gathering of believers in Jerusalem. The church then prayed and asked God for boldness to continue proclaiming the gospel (Acts 4:29). In the face of tremendous opposition and persecution, our earliest Christian brothers and sisters took the gospel far and wide. Their example in the face of opposition is instructive for us.

How should we then respond to any prohibition of the proclamation of the gospel?

1. With Wisdom
When the news first came to Polycarp that the Roman authorities were seeking to arrest him, he withdrew from the city to a quieter place, on the advice of the church (Polycarp, Pg. 16). This was much like Paul had done in Damascus when the Jews had plotted to kill him (Acts 9:23 – 25).

Everything about the Lord Jesus’ ministry indicates that He did not intentionally look for conflict with the religious or political authorities except when he finally went to Jerusalem. In John 7:1 we read that “He would not go into Judea, because the Jews were seeking to kill Him.” When His brothers urged Him to go to Judea, He responded saying, “My time has not yet come…” (John 7:6). When He heard that John the Baptist was killed, Matthew tells us that “He withdrew from there in a boat to a desolate place by Himself” (Matt. 14:13).

Like Paul’s appeal to Caesar in Acts 25:11, we may also appeal to the authorities concerning our rights as citizens. Article 25 (i) of the Constitution of India says, “Subject to public order, morality and health and to the other provisions of this Part, all persons are equally entitled to freedom of conscience and the right freely to profess, practise and propagate religion.”

2. With Prayer
The early church was often found to be praying when faced with persecution (Acts 4:24 – 31; 12:5). Paul and Silas prayed and sang hymns while they were imprisoned at Philippi (Acts 16:25). When the Lord Jesus faced the final hours before His death on the cross, He prepared Himself by spending time in prayer at Gethsemane (14:32 – 42).

Moreover, God’s Word instructs and teaches us to pray for political leaders. Paul writes in 1 Timothy 2:1–2, “First of all, then, I urge that supplications, prayers, intercessions, and thanksgivings be made for all people, for kings and all who are in high positions, that we may lead a peaceful and quiet life, godly and dignified in every way.” We ought to pray for our leaders to govern with justice, truth, and equality, for the good of all people.

3. With Courage and Faith
When Stephen was arrested for proclaiming the gospel, he did not back down or recant the things he was preaching concerning the Lord Jesus Christ (Acts 6:8 – 7:60).

The Lord Jesus prepared His disciples for the persecution that was to come. “A disciple is not above his teacher, nor a servant above his master…If they have called the master of the house Beelzebul, how much more will they malign those of his household” (Matthew 10:24, 25). He then said to them, “What I tell you in the dark, say in the light, and what you hear whispered, proclaim on the housetops. And do not fear those who kill the body but cannot kill the soul. Rather fear Him who can destroy both soul and body in hell” (Matthew 10:27, 28).

When Peter and Paul were persecuted in various cities, they courageously continued to proclaim the gospel of Christ (Acts 5:25; 14:19 – 22; 16:25 – 40). When the church was scattered and fled Jerusalem (Acts 8:1), “those who were scattered went about preaching the word” (Acts 8:4). In Smyrna, eleven believers were martyred before Polycarp (Polycarp, Pg. 26). Their courage ought to inspire us.

Polycarp’s final prayer reveals his faith in the sovereignty of God. He closes His prayer with these words, “Wherefore I praise Thee for all things, I bless Thee, I glorify Thee, along with the everlasting and heavenly Jesus Christ, Thy beloved Son, with whom, to Thee, and the Holy Spirit, be glory both now and to all coming ages. Amen” (Polycarp, Pg. 23).

4. With Unity
Paul wrote to the Philippian church as they faced the heat of immense opposition. He wrote in Philippians 1:27, 28, “that…I may hear of you that you are standing firm in one spirit, with one mind striving side by side for the faith of the gospel, and not frightened in anything by your opponents. This is a clear sign to them of their destruction, but of your salvation, and that from God.”

The writer of Hebrews urges believers toward community. Hebrews 10:25 says, “…not neglecting to meet together, as is the habit of some, but encouraging one another, and all the more as you see the Day drawing near.” The body of Christ will enable us to endure increasing opposition as the Day of the Lord draws near.

5. With Honourable Lives
1 Peter 2:12 says, “Keep your conduct among the Gentiles honorable, so that when they speak against you as evildoers, they may see your good deeds and glorify God on the day of visitation.” (cf. 1 Peter 3:16; 2 Corinthians 8:21; Titus 2:8). Persecution and affliction should not be used as an excuse for sinful and ungodly responses and behaviour. When Christ was reviled, He did not revile in return and when He suffered, He did not threaten (1 Peter 2:23).

We ought to respond to any prohibition to the proclamation of the gospel with wisdom, with prayer, with courage and faith, with unity and with honourable lives. May the Lord give the church in India the grace to endure the fiery furnace of persecution for the glory of God and for the fragrant spread of the gospel of Christ to the nation.

1 Polycarp’s Letter to the Philippians & His Martyrdom – The Early Christians, GodSounds, Inc. 2016 (Kindle Edition)
2 Thomson, Leonard L., The Martyrdom of Polycarp: Death in the Roman Games, The Journal of Religion, Vol. 82, No. 1 (Jan 2002), Page 9 (JSTOR Edition)
3 These were gladiatorial games that took place across Roman provinces. Christians were often killed in these stadiums as part of the games.
4 All quotes from Scripture in the English Standard Version. 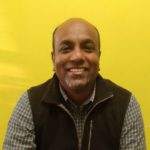