A cursive reading of Psalm 30 helps us to recognize that behind the cheer of David there was a crisis. We cannot be entirely sure of the exact historical event that led him to pen this poem but a good guess is maybe 1 Chronicles 21. David ordered a census to ascertain his strength. This displeased the Lord and resulted in God’s wrath being poured upon the nation wherein seventy thousand people died. David’s repentance and the turning aside of the judgement of God on the nation led to the purchase of Arunah’s threshing floor which eventually became the site of the temple. For the sake of understanding, we will consider this Psalm chronologically in the way it happened in David’s life.

Prosperity can make a person forget God. We find a warning about this in Deuteronomy 8:13-14, “… and when your herds and flocks multiply and your silver and gold is multiplied and all that you have is multiplied, then your heart be lifted up, and you forget the LORD your God, who brought you out of the land of Egypt, out of the house of slavery.” For a child of God, prosperity and success are results of God’s favour. But more often than not, these blessings can become a snare and lead to complacency. In 1 Corinthians 4:7 Paul says, “For who sees anything different in you? What do you have that you did not receive? If then you received it, why do you boast as if you did not receive it?”

If prosperity leads to complacency, should we as children of God seek adversity? Not by any means. In Proverbs 30 Agur makes a wise prayer, “Two things I ask of you; deny them not to me before I die: Remove far from me falsehood and lying; give me neither poverty nor riches; feed me with the food that is needful for me, lest I be full and deny you and say, “Who is the LORD?” or lest I be poor and steal and profane the name of my God” (Proverbs 30:7-9).

Despondency
In verse 6 we see that David is confident that he shall never be moved. However, verse 7 says he was dismayed. Cry (Vs. 2), Sheol and pit (Vs. 3), weeping (Vs. 5) and mourning (Vs. 11) are the words that convey his despondency. David begins Psalm 30 by praising God for not letting his enemies rejoice over him. “I will extol you, O LORD, for you have drawn me up and have not let my foes rejoice over me” (Psalm 30:1). One of the ways by which God disciplined him was to allow his enemies to harass him for a while. In verse 9 he says, “What profit is there in my death, if I go down to the pit? Will the dust praise you? Will it tell of your faithfulness?” Times of despondency in a believer’s life are ordered by God. The hymn writer Horatius Bonar pens, “Take thou my cup, and it with joy or sorrow fill, as best to thee may seem; choose thou my good and ill.”

Intimacy
In the midst of his despondency, David does not move away from God. Rather, he draws close to God through prayer. His knowledge of the truth enabled him to do this. “For his anger is but for a moment, and his favour is for a lifetime. Weeping may tarry for the night, but joy comes with the morning” (Ps. 30:5). This is the truth that drives the psalmist toward God. He knew that God’s anger against him was justified. David knew that his action had angered God but he also knew that God’s favour is more. God’s anger and favour are not equal opposites. Further in verse 8, he says, “To you, O LORD, I cry, and to the Lord I plead for mercy.” The psalmist was not pleading for justice, but for mercy.

The Saviour’s Sufficiency
When David cried out to God his deliverance was complete. What good would it be if a lifeguard saves a drowning man, loses his grip and lets the man be washed away by a strong current? In Hebrews 7:25 we read, “Consequently, he is able to save to the uttermost those who draw near to God through him, since he always lives to make intercession for them.” God saves to the utmost. In David’s case he says, “You have turned for me my mourning into dancing; you have loosed my sackcloth and clothed me with gladness.” That’s a complete reversal of his despondency.

Ecstasy
“You have turned for me my mourning into dancing; you have loosed my sackcloth and clothed me with gladness, that my glory may sing your praise and not be silent. O LORD my God, I will give thanks to you forever!” (Psalm 30:11-12). After experiencing God’s deliverance, He praises God and thanks Him. If the chief aim of man is to glorify God and enjoy Him forever, then David is doing exactly this.

If David lapsed into complacency, we should remember that we are prone to doing the same. Man’s extremities are God’s opportunities. In the midst of his despondency, David sought God and that is what we are called to do. Instead of brooding on how far we have drifted from God, we must make it our supreme aim to draw near to God because we were made to live in the presence of God. He is only a prayer away. God is able to deliver His children from besetting sins when they call upon Him. Thanksgiving and rejoicing in God are fruits that the children of God will reap when we align ourselves to walk in the ways of God.

This Psalm is also a victory of David’s greater son, the Messiah. As our substitute Jesus experienced the anger of God on the cross (Vs. 2). Further the Father hid His face from Jesus (Vs. 7) on the cross. However, the difference between David’s death and Jesus’ is found in Psalm 30:9, “What profit is there in my death, if I go down to the pit?” In David’s death there may not be profit but there is much profit in the death of Jesus. 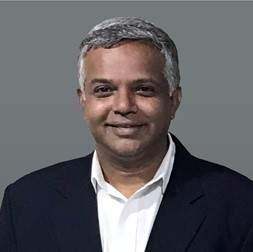 serves as the pastor of Cornerstone Baptist Church, Chennai. He is married to Vijaya and they have two children.

What Does The Bible Teach About The Bible?