The Wretchedness Of Humanity

The word “wretched” is used to describe someone who is thoroughly wicked. Although we don’t like to admit it, the Bible tells us that this is what we are. In this article we will see the Biblical teaching that humanity is corrupt by nature, resulting in willfully committed evil, delusion and ultimately condemnation. However, that is not all. We will conclude by being reminded that the gospel is truly good news because God rescues wretched human beings from certain eternal condemnation through the person and work of Jesus Christ.

Wretched By Nature
Sin is a dreadful disease, the first and oldest malady which has affected man ever since Adam and Eve broke God’s rule over them. We read of this in Genesis 3:6, “When the woman saw that the tree was good for food, and that it was a delight to the eyes, and that the tree was desirable to make one wise, she took from its fruit and ate; and she gave also to her husband with her, and he ate.” And what happened next? The curse came upon mankind, God says, “…you are dust and to dust you shall return.” And hence from Adam onwards, mankind’s condition has been accurately described by the prophet Jeremiah, “The heart is more deceitful than all else and is desperately sick; Who can understand it?”(Jer. 17:9). It means there is no hope of relief or cure, no prospect from this dreadful disease, man is morally diseased to such a degree that he cannot accurately perceive, nor can he identify an effective cure no matter how hard he tries. It is a dreadful disease.

Sin is also a universal disease. It is like a pandemic. No man ever has lived without this disease. We read from the days of Noah that all flesh had corrupted their ways. In the days of the judges we read, everyone did what was right in his own eyes. And David, speaking of the wickedness of man says, Psalm 14:3, “They have all turned aside, together they have become corrupt; There is no one who does good, not even one.” Solomon says, there is not a righteous man on earth who continually does good and never sins. The heart of the sons of men are full of evil and insanity is in their hearts throughout their days. Likewise, the New Testament writers express the same as Paul writes, Romans 3:12, “All have turned aside, together they have become useless; There is none who does good, there is not even one.”, it is a universal disease.

It is not only a dreadful and universal disease, but it is also hereditary, that is, it is transmitted from parent to offspring. As King David says, we are by nature born in sin, “Behold, I was brought forth in iniquity, and in sin my mother conceived me”(Ps. 51:5). While in the natural order a descendant may be spared diseases which had plagued his line of ancestors, in the spiritual order, the truth is that every descendant of our ancestor Adam is conceived in sin and brought forth in iniquity. All who have descended from Adam are guilty sinners in rebellion against God. Sin has been in our genes since Adam, and the outcome is death as Paul writes in Romans 5:12, “Therefore, just as through one man sin entered into the world, and death through sin, and so death spread to all men, because all sinned.” Mankind is plagued with this terminal disease and it always leads to death from which no one can recover. The words of warning from the Lord God, “You shall surely die” have been the prognosis for every one of us.

Wretched And Corrupt Mankind Willfully Commits Evil
Sin is a multi-symptom disease; it has a variety of expressions and signs. The symptoms are everywhere. Jesus said, “For out of the heart come evil thoughts, murders, adulteries, fornications, thefts, false witness, slanders”(Matt. 15:19). These are all kinds of symbols to show that we are dreadfully sick and that we sin willfully. Paul spoke of how the deeds of our flesh are evident, “Now the deeds of the flesh are evident, which are: immorality, impurity, sensuality, idolatry, sorcery, enmities, strife, jealousy, outbursts of anger, disputes, dissensions, factions, envying, drunkenness, carousing, and things like these….”(Gal. 5:19–21). He wrote again to the Ephesians about greediness, falsehood, bitterness, unwholesome speech, slander, malice, coarse jesting. To Timothy, Paul writes that we are lovers of self, lovers of money, revilers, disobedient to parents, gossips, without self-control, conceited, haters of good, reckless, lovers of pleasures rather than lovers of God.

There is also a religious form of this disease in these last days, where Paul says we hold a form of godliness while denying its power, a religious symptom, externalism, formalism, that is utterly vain in curing this disease that plagues us.

Wretched Hence Eternally Condemned
‘In both Testaments of the Bible God expresses his displeasure against unbelief. By Moses he says to Israel: “You did not believe the Lord your God.” “You rebelled against the commandment of the Lord your God, and you neither believed him nor listened to his voice.”(Deut. 1:32; 9:23).

Again, God complains of Israel: “They would not hear, but stiffened their necks, like their fathers, who did not believe in the Lord their God.”(2 Kgs. 17:14). By the psalmist, he says, “They did not believe in God, and did not trust in his salvation”(Ps. 78:22). By another prophet he thus threatens them: “If you will not believe, surely you shall not last.”(Isa. 7:9).

The New Testament is no less clear. The great sin of the Jews under the ministry of John the Baptist was their unbelief (Matt. 21:32). The Son of God marvelled at the unbelief of his own disciples, and sharply rebuked it, (Mk. 6:6; Lk. 24:25). Our Lord himself expressly says: “He who believes not, is condemned already.” “He who believes not the Son, shall not see life, but the wrath of God abides on him.”(Jn. 3:18, 36).1

Wretched And Deluded
Man is so wretched because of sin that he is deluded about his position before the holy God of heaven. Sin’s disease is illustrated in the example of the rich fool (Lk. 12:13-21) who was safe and secure amidst all of his pleasures and prosperity he had stored up for many years to come. Yet his delusion was shattered when his soul was required of him. Sin deluded him into thinking that God would not take his sins seriously. He thought God had forgotten his sin or had never seen it.

Sin deceives by hardening the sinner’s heart-rendering the sinner callous. He lives life believing he is fine only to collapse in a moment and be lost for eternity. The heart is deceitful above all else. The writer of Hebrews writes that sin makes us think that we can cure ourselves, though we are terminally and hopelessly ill with sin. Sinners think a little bandage of good deeds shall make us right, which is what the rich young ruler thought (Matt. 19:16–23, Mk. 10:17–22, and Lk. 18:18–23). But Jesus’s diagnosis pointed out his delusion and made it clear for all who were hearing that religiosity cannot cure anyone. We’ve seen that the Bible makes it clear that left to our wretched selves, there is truly nothing we can do to save ourselves.

Wretched Yet There Is A Remedy
But praise God for his providing a remedy for our wretched condition. Jesus is the great physician, who came to call sin-sick sinners to himself. He came down to bring divine medicine for our relief, he came to give life to the dead. He came to bring the remedy, offering a double cure for sin—cure for guilt and cure for sin’s power. This remedy beyond any man, beyond ourselves. It is the atoning work of the Lord Jesus and his sanctifying Spirit that saves us. He is the great physician of our souls and he stands alone for there is none like him. No sick soul is too far gone for him. He came to heal the brokenhearted and to offer strength to the weak. It is to his glory to restore to life even the most desperately gone.

Jesus is indeed a great physician. To Him, we turn for our cure, and it is to Him that we direct all sin-sick sinners to go. Faith in him is the only cure for our dreadful wretched disease of sin. What a wonderful, wonderful salvation we have! 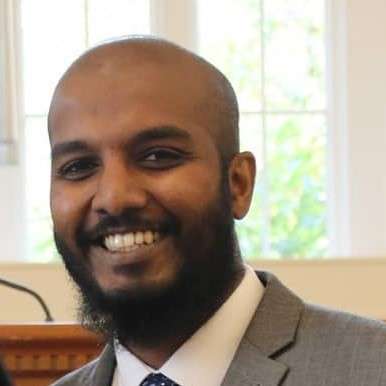 is a church planter recently ordained to Pastoral ministry at Stone Hill Church, Princeton. He is married to Sunitha and they have two children.

Is My Prayer Life Balanced?

How Should a Pastor Equip and Raise Up Lay Leaders in the Church?