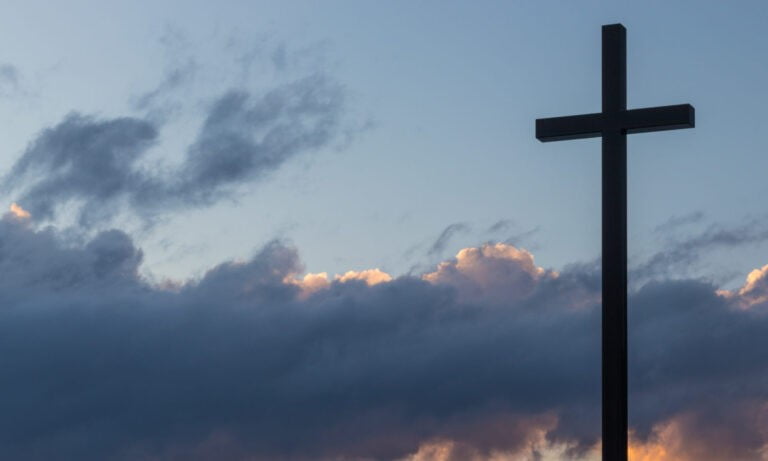 One of the most important doctrines of the Christian faith is the doctrine of justification by faith alone. It is clearly taught in the Bible and has been held by Christians who accept the sole authority of Scripture. The times when the church wandered away from this teaching were dark days for the church, most notably in the decades leading up to the Reformation. Thankfully, God used men like Martin Luther, John Calvin, and Ulrich Zwingli to preserve this central piece of the Christian gospel. In this article, I want to give you glimpses of Martin Luther’s journey towards the gospel and why he felt so strongly that nothing at all should be added to the gospel of Jesus Christ. This will help us to grasp the importance of an unadulterated gospel—that it is only God who saves us through faith in the finished work of Jesus Christ.

Martin Luther’s Background
Martin Luther was born to Hans and Catherine Luder (the surname Luder became Luther afterwards) on the 10th of November 1483, in Eisleben, Germany. Because of Hans’ hardworking nature, their family prospered economically. Heeding the advice of his father, Martin initially enrolled himself as a student of law. But one day, Martin, being stuck in a thunderous storm in the middle of his journey on his way back to the University of Erfurt, made a vow that he would become a priest if God rescued him from the storm. Because of God’s care and protection, Martin survived the storm, and eventually, he became an Augustinian monk as promised.

Martin Luther’s Inner Turmoil
What typified Martin’s monasterial life, apart from rigorous study of the scriptures and performing endless rituals, was an on-going confession of his sin to the priest. Martin’s desire for peace within his own conscience by relentless confession was so earnest that at one point, his priest-friend Johann Von Staupitz told him to visit him only if he committed serious physical sins!1 Martin felt like all his good deeds, especially his spiritual and devotional life were always contaminated by the sinfulness of his own heart. No matter how much he prayed, he always felt like some evil thought had defiled his entire prayer, thus making it unacceptable to a holy God. Added to that, the Roman Catholic theology compounded his inner struggle by advocating that perfect righteousness could be achieved with extreme devotion with the aid of infused grace and righteousness at the time of baptism as an infant.2

Martin Luther, with his inner turmoil of being unable to achieve perfect righteousness before God, literally hated God for expecting something that he cannot ultimately deliver.3 Many today can relate to this struggle. After having done endless rituals, they still feel guilt-stricken and miserable. Trying to achieve perfect righteousness is like climbing a greasy Mount Everest. If climbing Mount Everest is a difficult ordeal, think about how difficult it would be to climb a greasy one! The higher you try to climb with all the energy you can muster, the faster you fall down. Similarly, humanly speaking, perfect righteousness is impossible.

Martin Luther’s Discovery of the Gospel
It was when Martin Luther was in the valley of absolute hopelessness and helplessness, that he found in Romans 1:17, “For in the gospel the righteousness of God is revealed-a righteousness that is by faith from first to last, just as it is written: ”The righteous will live by faith”” (NIV). With the help of the Holy Spirit, Martin Luther understood for the first time in his life that the text was not talking about his own personal righteousness, but about God’s perfect righteousness (alien righteousness) that was given (imputed) on account of a believer’s faith in Jesus Christ.  Luther wrote,

This can be considered a watershed moment in the history of Christianity. This rediscovery of the gospel truth that ‘we are justified by faith in Christ alone’ propelled the Reformation movement which had wide-reaching effects all over Europe and beyond. Eventually, Martin Luther thought it was a battle worth fighting against even the papacy. He mustered all the strength he could to save the church from heresy because he genuinely believed that this was the heart of the gospel. He was convinced by Scripture that if ‘justification by faith alone’ is removed from the gospel, there is nothing good about the good news.

Salvation is Only by Believing in the Gospel
The church of Jesus Christ either stands or falls based on the correct understanding of this doctrine. Sadly, what is terrifying is how little the church actually knows about this simple and yet profound doctrine, leaving room for ignorance and corruption within it. From my observation, there is no doubt that many churches in India neither seek to understand the importance and relevance of this particular doctrine nor try to preach it from their pulpits. In addition to that, many churches in India lay the extra burden on the congregant to be saved. If it is the dreams, visions and tongues that are the prerequisite for one’s salvation in some circles, it is the confession of every single sin one has committed until the point of his salvation in some. I have personally encountered many miserable believers who live their lives under the shadow of perpetual doubt, fear, anxiety and lack of assurance. So, how do we address this sorry situation? It is by preaching the biblical gospel—that God declares us as righteous and perfect before him through faith in Jesus Christ (Rom 5:1).

This is how the apostle Paul admonished the church at Galatia when he heard about how they turned away from the gospel of Jesus to a works-based system of salvation:

Adding anything to the atoning work of Jesus Christ is actually blasphemous. Commenting on the terrible nature of our works to appease God, John Calvin wrote:

“…. since God never so regenerates his people in this world, that they can worship him perfectly; no work of man can possibly be acceptable without expiation…we must hold, that all works done before faith, whatever splendour of righteousness may appear in them, were nothing but mere sins, (being defiled from their root,) and were offensive to the Lord, whom nothing can please without inward purity of heart.”5

A believer’s ultimate hope is neither in their own piety nor in their good works, ministry, sufferings, or spiritual accomplishments. Their hope rests in the perfect and finished work of Jesus Christ alone, and nothing else. The Hymn writer Augustus Toplady echoes the heartbeat of Martin Luther and many others. He writes,

“Not the labors of my hands
Can fulfill thy law’s commands;
Could my zeal no respite know,
Could my tears forever flow,
All for sin could not atone;
Thou must save, and thou alone.

Nothing in my hand I bring,
Simply to the cross I cling;
Naked, come to thee for dress;
Helpless, look to thee for grace;
Foul, I to the fountain fly
Wash me saviour, or I die …….”6

May the Lord help us all to enlighten our minds and enlarge our hearts to embrace this unchangeable truth (justification by faith alone) and to find our ultimate rest and assurance in the finished work of Jesus Christ alone!