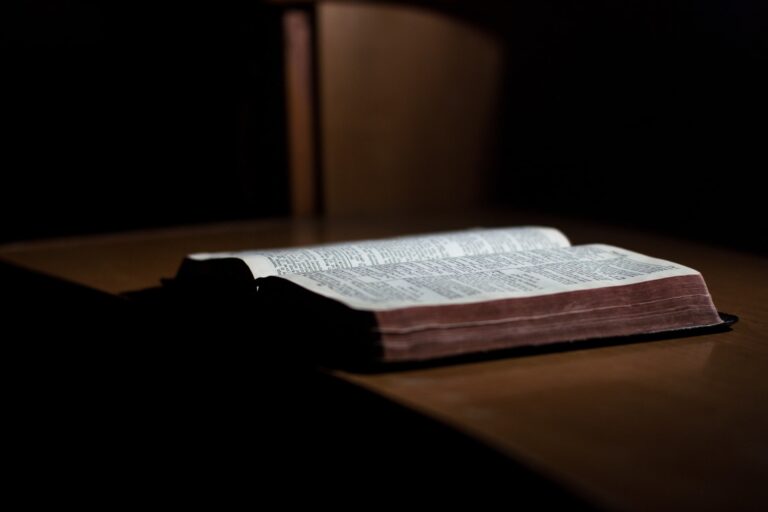 I would like to bring to your attention an incident that took place in the 1950’s. The famous evangelist Billy Graham had a friend whose name was Charles Templeton. As much Billy was on the rise as an evangelist, so was Charles. Both Billy and Charles together with another friend founded an organization called ‘Youth for Christ International’ as well.

As their popularity was soaring, there was also an increasing separation between them. The reason being, while Billy Graham stood for the trustworthiness of the Bible, Charles Templeton simply couldn’t trust the Bible at its face value. He began to ask questions regarding the reliability of the Bible and eventually, Charles left the faith and became an atheist. In fact, Charles Templeton commented that if you believe in the truthfulness of the Bible, you’re committing intellectual suicide1.

The whole argument for the trustworthiness of the Bible hinges on three things. The Bible’s Inspiration, Infallibility and Inerrancy. Although all the three concepts are extremely important for us to understand the Bible, let us dwell on the ‘inspiration’ of the Bible for now.

In the beginning, when God said let there be light, there was light (Gen. 1:3). When there was darkness, God created light. Similarly, when God could never have been known, He spoke to us. God in His providence chose to reveal the scriptures to mankind by His grace (Heb. 1:1).

Human Instrumentality of the Scriptures.
We all know God spoke. But how He spoke is something we need to think about. When God spoke, He did not speak in a vacuum so that no one knows about what happened. He spoke through various prophets and the apostles over a period of time, who wrote under the inspiration of the Holy Spirit. The Apostle Peter writes in 2 Peter 1:21 “for no prophecy was ever made by an act of human will, but men moved by the Holy Spirit spoke from God (NASB).” This is a key verse in understanding the human instrumentality of the scriptures.

First of all, we must understand that when God’s people wrote the scriptures, they did not do it on their own. The scriptures aren’t the product of the people who wrote it. Rather, they were the product of God that was brought about through human instrumentality. Secondly, we must also understand that when the authors wrote the scriptures, it was not a mechanical process nor was it a dictation by God. But rather God superintended the whole process of revelation without undermining the author’s personality, his cultural background, his writing style or his scholarship etc. If I can put it succinctly, God is the author of the scriptures but men (the authors) were the mouthpieces through whom God spoke by the power of the Holy Spirit.

If someone were to ask us ‘why should I trust the Bible if it was written by men’, we would add another qualifier by saying, for anyone to trust the Bible, it requires faith in the God of the Bible. When the Lord opened Lydia’s heart, she received the instruction from the Apostle Paul (Acts 16:14). Only God is the giver of faith (Eph. 2:8). And, only God the Holy Spirit regenerates our hearts to trust the Lord and renew our minds by transforming us through His Word (Tit. 3:5). There are no worldly tools to measure the immeasurable  Word of God except through the path of faith and repentance in Jesus Christ (Acts 8:31).

Finally, if someone were to push me to the limits about why I trust the Bible, I would say,’ if Jesus is really who he says He is, if He really died and rose again from the grave on the third day, that will settle the whole matter of trustworthiness of the Bible.

In order for us to come to grips with the reality of Jesus’ resurrection, we need to read what Jesus claimed about himself and zero in on the New Testament writings. The apostle Paul claimed more than 500 people who witnessed the resurrection were still alive (1 Cor. 15:6). Again, who is Paul? He was someone who wanted to erase Christianity from the face of the earth before his conversion. But became an apostle to the gentiles. In the end, it flies in the face of reason to think he dedicated his entire life to propagate a lie that he never believed in and ultimately died for it. He did what he did because He saw Jesus!

If Jesus is really who He says He is, we must pay our utmost attention to what He says about the scriptures. He acknowledged the Old Testament scripture as God’s inspired revelation (Matt. 5:18) and promised that the Holy Spirit would remind them (the disciples) of all that He taught them (Jn. 14:26), which resulted in the inspired New Testament.

So, my friend, I trust the Bible, do you?