“Form of Sound Words”: The Biblical Necessity and Warrant for Creeds and Confessions

Individualism, in a broad sense, is the idea that each person has the right to individual freedom, self-expression, and pursuit of personal happiness. Adherence to tradition, societal norms, religious dogmas, and the like is seen as constraining and oppressive. Therefore, those are opposed by the individualist. In a subtle and dangerous way, this individualism has affected churches as well. The individualism in churches, however, is expressed not by non-conforming individuals. Rather, it is seen in the suspicion, dismissal, and/or rejection of the foundations of the Christian faith, namely, the historic Christian Creeds and Confessions of Faith. Yet, such a suspicion, dismissal, and/or rejection of historic church documents does not lead to a more biblical Christianity. It merely replaces the collective authority of the church as the “pillar and ground of the truth” (1 Tim. 3:14) with the authority of one individual or one church. Personal and private interpretations of the Bible are elevated as Christian dogma at the expense of the collectively published, tested, and handed-down summaries of biblical truths.

Definitions: What are Creeds and Confessions of Faith?
Before we consider the biblical basis for Creeds and Confessions, it is important that we define these terms. Christian theology uses the word ‘Creeds’ to refer primarily to the four sets of statements of Christian belief concerning the doctrine of God that are ecumenically accepted, i.e., accepted by all branches of Christianity – Roman Catholic, Eastern Orthodox, and the Protestant churches. The four ecumenical Creeds are: the Apostles’ Creed, the Nicene Creed, the Chalcedonian Definition, and the Athanasian Creed.

These four Creeds are not doctrinal monographs on God. Rather, these are succinct statements that lay out the boundary markers of what all Christians everywhere ought to believe concerning who God is and what He has done. For example, the Nicene Creed states that Jesus Christ is the Son of God who is begotten of the Father before all ages and one of the implications is that the second person of the Trinity is eternal. At the same time, it also states that this Jesus was crucified, and that he suffered and was buried (because He was dead). The Creed does not tell us how an infinite, immortal being underwent a finite, mortal experience of death. Theological exploration can fruitfully proceed to ask and answer the how-question. But the moment such an exploration modifies or denies that Jesus is immortal or that His death was not real, it would have over-stepped the bounds of Christian orthodoxy and have fallen into heresy.

Examples like these can be multiplied. But suffice to say that the Creeds are statements that summarize the biblical teaching concerning the person and work of God that is to be believed by all Christians everywhere in order to be Christians. They are, if you will, the gold standard of orthodoxy.

What about Confessions? If the Creeds are understood as succinct, ecumenical statements concerning the person and work of the Triune God, then ‘Confessions of Faith’ in (Protestant) Christian theology refers to summaries of biblical truths commonly shared by a group of churches. These were the “statements of faith” and constitutional documents of those churches, specifically from the sixteenth and seventeenth centuries. These summaries were more than just statements on the person and work of God but also included summaries of other doctrines taught by Scripture such as the teaching on Scripture, Salvation, Church, Last Things, and even on the relationship between the state and the church, to list a few.

While several Confessions of Faith could be listed, 5 of them in particular stand out as representative of each major Protestant denomination: the Book of Common Prayer and the 39 Articles in it of the Anglican churches, the Three Forms of Unity of the Dutch Reformed churches, the Book of Concord of the Lutherans, the Westminster Standards (Confession, Shorter and Larger Catechism) of the Presbyterians, and the Second London Confession of 1677/89 of the English Baptists.2

However, should someone ask us who Jesus is or what the gospel is, we don’t answer by reading from Genesis 1:1 all the way to Revelation 22:21. Rather, we summarize various biblical truths as theological statements in our explanations, grounding it in specific verses from the Bible. In other words, we ‘systematize’ and ‘summarize’ the various strands of Scripture as propositional truths (or ‘theology’). This in turn guides our understanding and application of Scripture. And this is precisely what the Creeds and Confessions do!

But, unlike any one person’s personal, systematized summary of biblical truths, the Creeds and Confessions are publicly available summaries of biblical truths that have stood the test of time. These are not mere musings of a single individual but the work of a group of churches. And given that the Bible itself teaches that the church is “the pillar and ground of the truth” (1 Tim. 3:14), it is thoroughly biblical and Christian to hold to the systematic summary of biblical truths given to us by a body of churches than the ones given by any one man or any one church.

The Pattern in God’s Word Warrants the Formulation of Creeds and Confessions
Any profession or field of study have their own unique vocabulary of words and special meanings of otherwise common words. This facilitates easier communication of ideas, allows for efficient and proper work to be done, and also provides a common ‘language’ to impart to those entering into that field. Likewise, the church has her own tried-and-tested vocabulary developed over time to articulate, communicate, and impart biblical truths to those whom God has placed within her fold.

This is supported by several biblical passages from which we draw the application of summarizing God’s revelation in the formulation of Creeds or Confessions.3 One such passage is Second Timothy 1:13. The passage in the KJV, reads “Hold fast the form of sound words, which thou hast heard of me, in faith and love which is in Christ Jesus.” Carl Trueman notes that, “The word for ‘form’ describes a model, form, or standard that is intended to function as a trustworthy or reliable guide. Thus, what Paul is saying here is: Timothy, make sure that your teaching is sound by using the standard of teaching you see in my ministry as the basic rule.”4 Trueman goes on to say that Paul is not asking Timothy to stay true to merely the conceptual content of what he was taught. Rather, he is requiring Timothy to stay true even to the “form” of the words used. This passage provides one of the biblical bases for the development of the vocabulary of the church that is given in the Creeds and Confessions of Faith.

Other similar passages can likewise be discussed but, sufficient to say that the formulation of Creeds and Confessions by the church is the application of the biblical truth that requires holding on not just to the “sound words” but even the ‘form’ of it.

Conclusion: Goal of Creeds and Confessions – Worship!
I realize that a full-orbed case on the necessity and biblical warrant may be difficult to make in a short article such as this. Thankfully, full-length books have been written on this subject to which interested readers can refer to — couple of which are noted in the footnotes.

Thereby, these provide two important things (from the many that could be listed) for every church member: firstly, it makes the summary of the Bible’s teaching available and accessible to every Christian rather than to a select, seminary-trained, ‘intellectual’ Christians. Secondly, it safeguards the church’s teaching from being influenced by the world both in its form and content.5 Creeds and Confessions are therefore not a venerated, historic artifact of the antiquated and irrelevant teaching of dead Christians. Rather, as J. V. Fesko writes, “When we create, profess, and pass confessions down to future generations, we do not propagate the dead faith of the living but the living faith of the dead.”6

1 The series of articles that will be published soon by various authors on EIC will focus on the content of the Creeds and Confessions.
2 Some would even add the Orthodox Catechism (a revised adaptation of the Heidelberg Catechism by Hercules Collins) and the Baptist Catechism (a revised adaption of the Westminster Shorter Catechism by Benjamin Keach and/or William Collins) as part of the English Baptist doctrinal standards.
3 The first chapter of  “J. V. Fesko, The Need for Creeds Today (Grand Rapids, MI: Baker Academic, 2020)” discusses eight such passages of Scripture.
4 Carl Trueman, The Creedal Imperative, (Wheaton, IL: Crossway, 2021); (ebook) chapter 02, “A Form of Sound Words”, para 8.
5 One can only think of the influence the world has on the Church’s Faith in the so-called Christian songs that are sung today such as “Reckless Love”; or the willingness of Christians to give a second-chance to heresies condemned by the church just because it is taught or endorsed by an academically respected and well-accomplished Christian.
6 Fesko, The Need for Creeds Today, (ebook) Introduction. 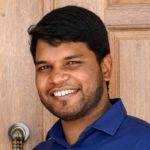