The doctrine of Trinity and Christology are undoubtedly the most attacked Christian doctrines by heretics. Liberal scholars and liberal “theologians” have consistently attacked the deity of Christ or the humanity of Christ and have come up with all sorts of theological standpoints in the last couple of thousand years. Since His incarnation, Christ has two natures: He’s truly God and truly man. And false teachers from the early church times have had their issues with this doctrinal truth. They either want to make Jesus exclusively human or exclusively divine and let’s not even get into all the mystical in-between positions. Now it is not just the false teachers, but we have several Christians who are genuinely confused when it comes to Christ’s natures, and this may even extend to that well-meaning Sunday school teacher who teaches kids that Trinity is like the sun or a cube of ice.

A Brief History
Like all creeds, the Chalcedonian Definition was also birthed as a response to heresy.  Every first-century Christological heresy plays directly into the history of this creed, but to stay succinct we’ll look at the immediate context of the Creed and the fathers behind it.  A monk from Constantinople named Eutyches had his unique view on the nature of Jesus  Christ. This fifth-century monk opined that Lord Jesus Christ had not two but one nature which was a mixture of Divine and Human natures. He explained it as Human nature being absorbed by the Divine nature. Instead of identifying the two natures of Christ that co-exist in the same person, he argued for a view where the two natures mix thereby making it a new nature altogether. This heretical view goes by Eutychianism or Monophysitism (Monos — Single, Physis — Nature).

In response to this teaching from Eutychus, the council of Chalcedon met in AD 451. The council opposed Eutyches’s view and articulated a clear and concise definition and  declaration of Christ’s nature.

Hypostatic Union
“Therefore, following the holy fathers, we all with one accord teach men to acknowledge one and the same Son, our Lord Jesus Christ, at once complete in Godhead and complete in manhood, truly God and truly man, consisting also of a reasonable soul and body; of one substance with the Father as regards his Godhead, and at the same time of one substance with us as regards his manhood; like us in all respects, apart from sin; as regards his  Godhead, begotten of the Father before the ages, but yet as regards his manhood begotten,  for us men and for our salvation, of Mary the Virgin, the God-bearer; one and the same Christ, Son, Lord, Only-begotten, recognised in two natures, without confusion, without change, without division, without separation; the distinction of natures being in no way annulled by the union, but rather the characteristics of each nature being preserved and coming together to form one person and subsistence, not as parted or separated into two persons, but one and the same Son and Only-begotten God the Word, Lord Jesus Christ;  even as the prophets from earliest times spoke of him, and our Lord Jesus Christ himself  taught us, and the creed of the fathers has handed down to us.”

The Creed makes the following declarations about Christ’s nature

“of one substance with the Father, as regards his Godhead, and at the same time of one substance with us as regards his manhood;” – Jesus is no lesser God. He is the same as the  Father in His substance with regards to His Divinity. Jesus is God as much as the  Father is God! Now, this statement is not supposed to mean that there are levels of divinity, rather it is a comment on the quality and not quantity. And, also with regard to His essence in His human nature, He is not a different kind of man than any of us are. This is to say, He didn’t have synthetic flesh or metallic bones. The effects of the fall were applicable to His flesh too. We see images of Jesus delivering the sermon on the mount, and all the paintings portray Jesus as radiant and fresh, and graceful. But it is important that we know that this Jesus was capable of sweating profusely after having climbed up a mountain.

“like us in all respects, apart from sin” – while it is true that Jesus in His incarnate form had flesh like ours and that it was affected by the effects of sin, He wasn’t sinful in flesh. This is to say that the Adamic sin that was passed on to us through our first Covenant head Adam, was not passed on to Jesus, for He was born of a Virgin (“of Mary the Virgin”). There was nothing in Him that desired sin or anything to do with sin. While the external temptations like hunger and thirst would take the same physical toll on His flesh as ours would, Jesus at no point had any longing within Him to sin with the temptation that was presented before Him. His mind didn’t dwindle with the thoughts where He longed to sin.

“even as the prophets from earliest times spoke of him, and our Lord Jesus Christ himself taught us, and the creed of the fathers has handed down to us.” — the creed makes it clear that the authority of this document is not birthed from the men behind it but because of its conformity to Scripture. At no point did the Holy Spirit overshadow the fathers to write this creed. But fallible sources are capable of writing inerrant documents. Let me clarify this. You and I are capable of writing a document that contains no errors, and may I add, many people throughout history have. This in no way means that the writers are inerrant or infallible, but just that they are able to understand and pass down the truth. If I were to take a sheet of paper and write “God created everything!”, that sheet of paper has truth without any error, but I can attest that the writer is by no means infallible. All this to say that the Creed holds true and is a pillar of the Church not because of the men who wrote it (regardless of how godly they may have been), but its commitment to the Scripture and truth. The dogma in this document is nothing new, but what God has revealed through the drama of Redemptive History. Like the authors of the creed mention, the prophets spoke of Him, Lord Jesus taught this, and so did the saints from the inception of the Church. Also, this truth was “handed down” and not created. God has faithfully handed down the Truth of  Life to His beloved bride.

Worship
True theology should result in true doxology. Christ’s divinity, manhood, incarnation, both passive and active righteousness, humiliation, humbling, death, burial, glorious resurrection, ascension, kingship, advocacy, and intercession, all have direct impacts on our life. All these truths are to shape and form our worship. These are not just technicalities for theologians to split hairs about. Instead, as we reflect on the two natures of Christ, it causes us to be in awe of God and his amazing love:

The One who said, “Let there be light!”
the light of the world,
the very reflection of God’s burning glory,
became a Jewish boy
who’d need to carry a dimly lit candle
to navigate safely across dark corridors at night.

The one who keeps you from falling
and protects you as thousands and ten thousands
fall to your left and right,
He took small, careful steps under a lamp’s light
lest He fall and injure himself.

The one who heals your heart and binds your wounds
does so with His nail-pierced hands.
This is how He humbled Himself
and He did this because,
while we were yet sinners,
He chose to love us. 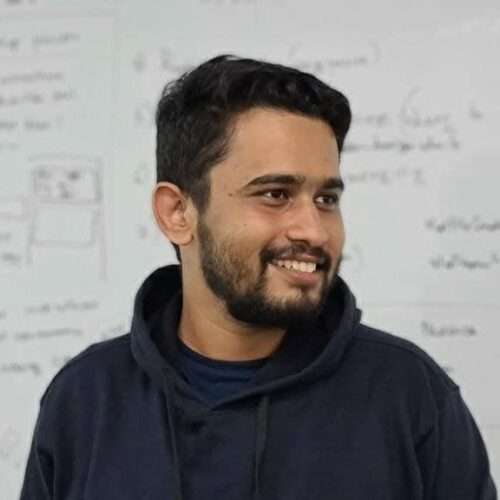 serves in the leadership at Redemption Hill Church. He is a co-host at The Cross Purpose podcast, and Street Talk Theology Podcast.

How Important Are Commentaries For Understanding The Bible?