4. Preach in a Plain Style that Ordinary People Can Understand
In the Puritan age, prominent preachers in the Church of England adorned their sermons with long citations in Latin, Greek, and other languages in order to impress people with their erudition, even though many people would not understand what they were talking about. They attempted to show how clever they were in the pulpit by the way they put words and phrases together, entertaining listeners with rhetorical skill while leaving their hearts unmoved by the glory of Christ. This approach was often coupled with an emphasis upon majestic buildings, visual art, and solemn rituals invented by man—outward forms of worship that impressed the senses. The intellectual Enlightenment also began to rise in the seventeenth century through figures like John Locke (1632–1704) with an emphasis on rationality and human reason as the judge of all things.

The Puritans responded to these trends of the day by insisting upon the biblical simplicity of worship, as regulated by the Word of God alone. They taught that the only images that God authorizes and that people need are “the right administration of the sacraments” and “the lively preaching of the word,” as Perkins said. They heeded the words of Paul in 1 Corinthians 2:1–2, “And I, brethren, when I came to you, came not with excellency of speech or of wisdom, declaring unto you the testimony of God. For I determined not to know any thing among you, save Jesus Christ, and him crucified.” Following Paul, they refused to make human reason “a judge and dictator in all divine matters,” but rather “a tool and instrument,” as Traill said.

The apostle Paul wrote in Galatians 3:1 that his preaching of the gospel had set forth Christ so plainly before them that it was as if they had personally seen Christ being crucified. Perkins said that “the properties of the ministry of the word… must be plain, perspicuous [clear], and evident, as if the doctrine were pictured and painted before the eyes of men.” Rather than using words that may impress the listener but leave their minds uncomprehending, Perkins said that with regard to preaching, “the plainer, the better.”

Today we face similar temptations, for the pride and glory of man ever seeks to intrude into the holy office of preaching the word. Many ministers today function as entertainers to draw a crowd with their rhetorical skill, or design worship services to move the senses with live performances or audio and video experiences. Others make the pulpit into an academic throne to display their scholarship, or flatter their listeners by trying to convince them that the Bible will satisfy the demands of human reason as it sits in judgment over God’s Word. Against all this, we must imitate the Puritans as they imitated Paul, preaching the gospel of Christ with plainness, clarity, and passion. If we would preach a crucified Christ, then we must enter the pulpit with our pride and glory crucified. See yourself not as a great man towering over the congregation, but as the servant of the little children and a messenger sent to the lowliest, least educated man.

5. Preach to Your People by Addressing Their Mind, Their Conscience, and Their Heart
Puritan preaching addressed the mind with clarity. Their preaching was directed to people as rational beings. The Puritans viewed the mind as the palace of faith. They refused to set mind and heart against each other, teaching that knowledge was the soil in which the Spirit planted the seed of regeneration. John Preston stressed that reason is elevated in conversion, and Cotton Mather (1663–1728) added that ignorance is the mother of heresy rather than of devotion. Thus they informed the mind with biblical knowledge and reasoned with the mind through biblical logic. They understood that a mindless Christianity fosters a spineless Christianity.

Puritan preaching confronted the conscience pointedly. The Puritans regarded the consciences of sinners as the “light of nature.” Plain preaching named specific sins, then asked questions to press home the guilt of those sins upon the consciences of men, women, and children. As one Puritan wrote, “We must go with the stick of divine truth and beat every bush behind which a sinner hides, until like Adam who hid, he stands before God in his nakedness.” Only then he will cry to be clothed in the righteousness of Christ. So the Puritans preached urgently, directly, and specifically to the conscience, taking seriously Christ’s command “that repentance and remission of sins should be preached in his name” (Luke 24:47).

Puritan preaching wooed the heart passionately. Their preaching was affectionate, zealous, and optimistic. Walter Cradock (c. 1606–1659) said to his flock, “We are not sent to get galley-slaves to the oars, or a bear to the stake: but He sends us to woo you as spouses, to marry you to Christ.” The Puritans used compelling preaching, personal pleading, earnest praying, biblical reasoning, solemn warning, joyful living—any means they could—to turn sinners from the road of destruction and to God via the mind, the conscience, and the heart—in that order. The Puritans believed that God would use such preaching as a weapon to conquer and convert sinners.

6. Preach as Though People’s Very Lives Depend on the Truth You Bring, Because They Do
The Puritans viewed preaching as the minister’s “principal work” and the hearers’ “principal benefit.” Preaching is God’s great “converting ordinance,” they said. Seldom would anyone be converted apart from it. William Ames (1576–1633) wrote, “Preaching is the ordinance of God, sanctified for the begetting of faith, for the opening of the understanding, for the drawing of the will and affections to Christ.” Thomas Cartwright (1535–1603) said preaching is vitally necessary above merely reading the Bible. He wrote, “As the fire stirred giveth more heat, so the Word, as it were blown by preaching, flameth more in the hearers, than when it is read.”

The Puritans were in awe that a mere man could be the mouthpiece and ambassador of the almighty, triune God. Richard Baxter (1615–1691) wrote, “It is no small matter to stand up in the face of a congregation, and deliver a message of salvation or damnation, as from the living God, in the name of our Redeemer.”

Other than the Holy Spirit, the ascended Christ bestows no higher gift on earth than the call to preach to His New Testament church, said Richard Sibbes (1577–1635). “This is a gift of all gifts, the ordinance of preaching. God esteems it so, Christ esteems it so, and so should we esteem it.” Therefore the Puritans put the pulpit rather than the altar at the center of their churches, put preaching rather than the sacraments at the center of their worship, and regarded a personal call to the ministry as essential.

Such a perspective made each sermon a momentous occasion. “There is not a sermon which is heard, but it sets us nearer heaven or hell,” wrote John Preston. One of John Cotton’s (1584–1652) listeners wrote in response to a sermon, “Mr. Cotton preaches with such authority, demonstration, and life that, methinks, when he preaches out of any Prophet or Apostle I hear not him; I hear that very Prophet and Apostle; yea, I hear the Lord Jesus Christ speaking in my heart.”

Puritans were earnest preachers who made it their aim to please God rather than people. God was their witness. All masks were stripped away; all flattery was abhorred. Listen to Richard Baxter: “In the name of God, brethren, labor to awaken your hearts before you come, and when you are in the work, that you may be fit to awaken the hearts of sinners. Remember, they must be awakened or damned. And a sleepy preacher will hardly awaken them…. Speak to your people as to men that must be awakened either here or in hell.”

7. Preach with Your Life What You Preach from the Pulpit
There is no substitute for godliness of life in the preacher. His life must not contradict his message, because his actions speak louder than his words. Nothing puts fire into the sermon so much as holiness in the preacher. This was a hallmark of Puritanism. Sinclair Ferguson writes, “The marriage of true learning and personal godliness lay at the heart of the Puritan vision. A recurring note in their thinking was the apostolic injunction, ‘pay careful attention to yourselves’ (Acts 20:28); ‘guard your life…’ (1 Tim. 4:16). Personal godliness was the great essential.”

Will you preach to others but not preach to yourself? Beware of becoming a mere ministry professional. If the only reason you read the Bible is to find texts for sermons, then how will you feed your own soul? Make every time you open the Word a time of meditation and prayer, and impress upon your soul the danger of being a hearer only, and not a doer of the Word (James 1:22). Traill wrote,

Take heed unto thyself, that thou be a lively, thriving Christian. See that all thy religion run not in the channel of thy employment. It is found by experience, that as it fares with a minister in the frame of his heart and thriving of the work of God in his soul, so doth it fare with his ministry both in its vigour and effects. A carnal frame, a dead heart, and a loose walk, make cold and unprofitable preaching.

Richard Baxter put it this way: “Preach to yourselves first, before you preach to the people, and with greater zeal. O Lord, save thy church from worldly pastors, that study and learn the art of Christianity, and ministry; but never had the Christian, divine nature, nor the vital principle which must difference them and their services from the dead.”

This article is the third of the four-part article series of the transcript of the Session 2 preached by Dr Joel R. Beeke in Online AIPC 2020 Conference held on Sep 15-17, 2020. 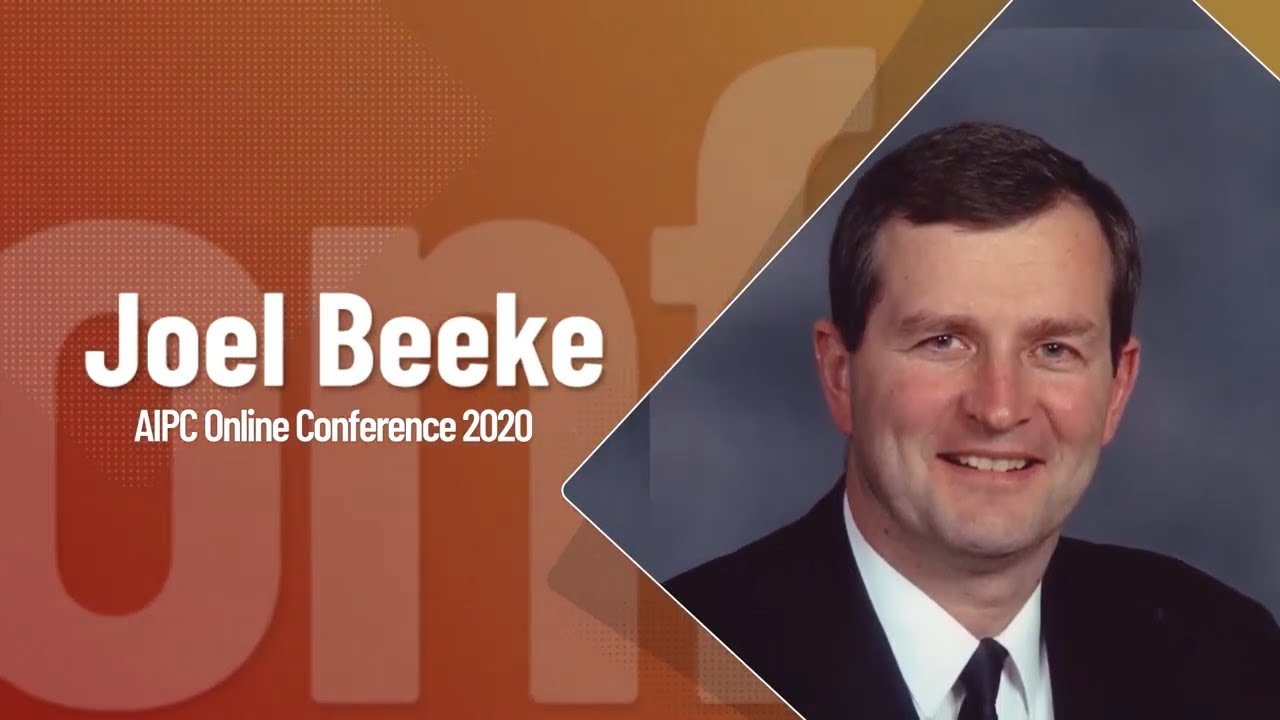 Preaching – Learning from the Puritans